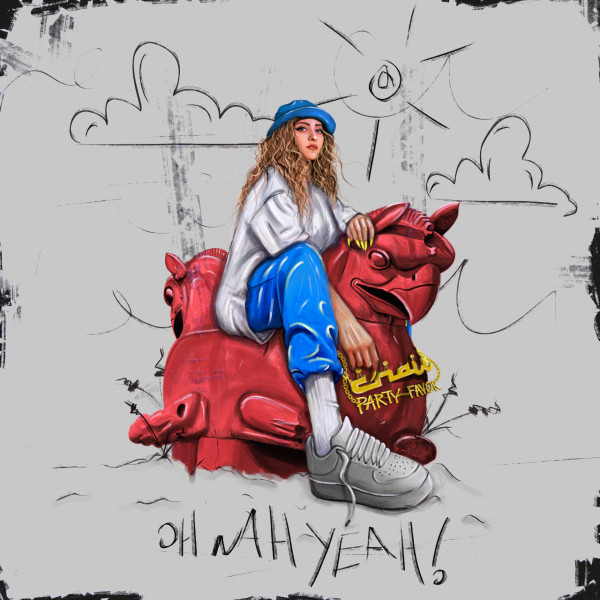 Talking about the song, Party Favor shares, “Super excited about this record. CHAII is insanely talented and has a really dope sound, and I really wanted to see how our worlds could collide. She sent me this vocal and immediately I knew we could make something incredible. Her being from Iran & New Zealand, she brings such a fresh sound to her music. This feels like a worldwide record.”

While CHAII says, “I really enjoyed working with the talented Party Favor. He’s honestly the best! Bringing our vibe together created such an exciting sound. I wrote ‘OH NAH YEAH’ about not letting fear rule my life. I had a discussion with my dad one day and what he said really stuck with me. He said don’t ever change your creative work and what you stand for because of fear. I guess I could just make safe music and not have to fear anything. OR I move forward not letting fear shape who I am. I originally started by writing the lyrics about needing to hold your ground. I often catch myself saying sorry for no reason or if I don’t make sense to someone. There’s no need to have to default to an apology for not fitting in any box, being yourself, and existing.”

Party Favor exploded on the scene with “Bap U,” amassing more than 40 million streams, followed by his debut EP, Party & Destroy, which hit the number 2 slot on iTunes Dance, while his 2019 album, Layers, racked up more than 35 million streams. His music has been synced by brands like Google, Coca-Cola, and T-Mobile, along with films such as Baywatch, Neighbors 2, Life of The Party, and The Purge. In addition, as half of house duo Sidepiece, he picked up a Grammy nomination for “On My Mind” with Diplo, collecting in excess of 100 million streams on Spotify.