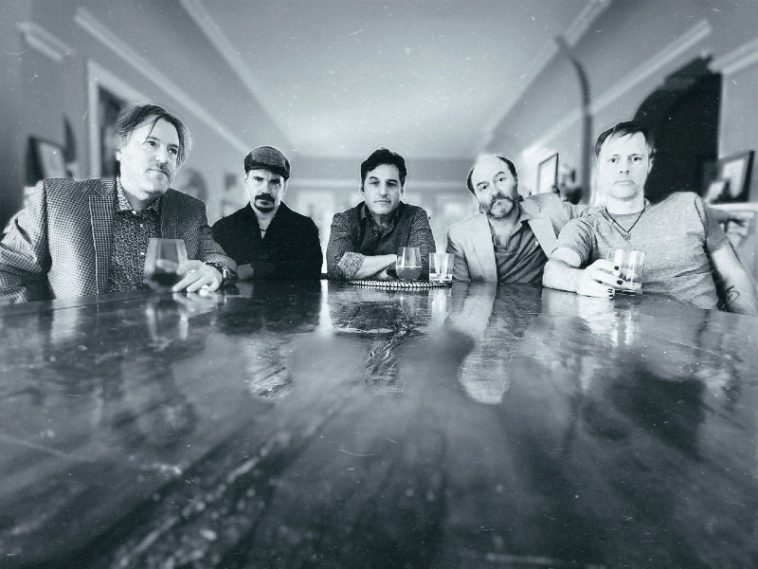 Art-pop/indie-rock quintet Populuxe introduces their new single, “This Show Is Closed, a track from their upcoming album, Uneasy Listening, slated for release on December 16, 2022.

Populuxe began as a trio in Brooklyn, New York, followed by dropping five long-players and a mini-opera EP. Now expanded to a quintet, Populuxe has performed on the biggest stages in the U.S., along with playing on a broken stripper’s runway in a biker bar in Northeast Minneapolis.

The name – Populuxe – was borrowed from the term referring to the demand for inventive design sandwiched between the end of WWII and the Kennedy assassination. The name infers a sound indicative of ‘deluxe pop,’ which mirrors the band’s innovative sound – a blend of Pink Floyd-like The Piper at the Gates of Dawn, ‘60s garage pop, and ‘70s Bowie.

Band leader Bob Shapiro shares, “We were a bunch of inquisitive kids who were steeped in the wide-ranging radio of the 1970s, fed a steady diet of crass commercialism, and experienced a slew of emotionally confusing events.”

“This Show Is Closed” opens on snapping fingers topped by soft, creamy harmonies, giving the tune lush, low-slung textures. A funk-lite rhythm made up of tight percussion and a fat, rounded bassline infuses the song with a measured cadence. An evocative, wistful voice enters, imbuing the lyrics with nostalgic melancholy.

Resonating with alluring retro flavors, a tantalizing rhythm, and deluxe, glowing harmonies, “This Show Is Closed” is oh-so-stylish.