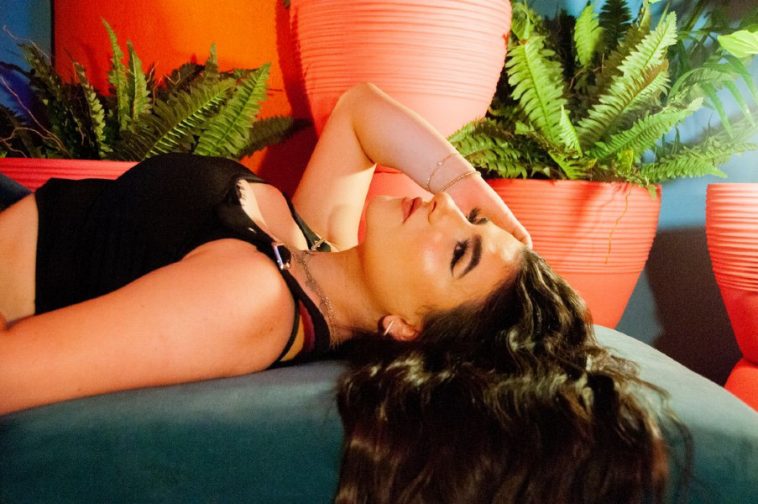 Born and raised on the Westside of Los Angeles, Jules started performing when she was five years old. Later, named the lead vocalist in a celebrated musical program, she spent the next four years performing in elite venues across the U.S.

By the age of 13, she had shared the stage with artists such as Jackson Browne, Robbie Kreiger (The Doors), Dale Crover (the Melvins), and Matt Sorum (Guns N’ Roses), as well as appearing on Russell Brand’s show and the Heidi and Frank show.

Jules didn’t broadcast her musical accomplishments. She explains, “As a child, I kept my artist life mostly secret from my fellow 12-year-old peers. Kids were often very mean about my singing. They would tell me to stop and make fun of me. In hindsight, I wish I would have been secure enough to share some of my childhood secret rockstar life.”

At the same time, she kept her health issues a secret. Jules shares, “When I was eight, I started feeling severe pains in my knees and hips. I received multiple MRIs, which of course revealed nothing. Over the next five years, my pain got increasingly worse and started to spread throughout my body, with no rhyme or reason. Finally, around thirteen, I was diagnosed with Juvenile Rheumatoid Arthritis, amplified pain syndrome, and later Fibromyalgia.”

Rather than letting her difficulties govern her life, she perceives them as challenges to be overcome. Through sharing her story and her music, Jules educates, encourages, and connects with others who wrestle with burdens.

“All my friends say I’m crazy for taking you back again / But I can’t find nobody that moves me / Quite the way you can.”

Highlighted by the exquisite, honied tones of Taylor Jules, “Helicopter” drips with the poignancy of spellbinding love.