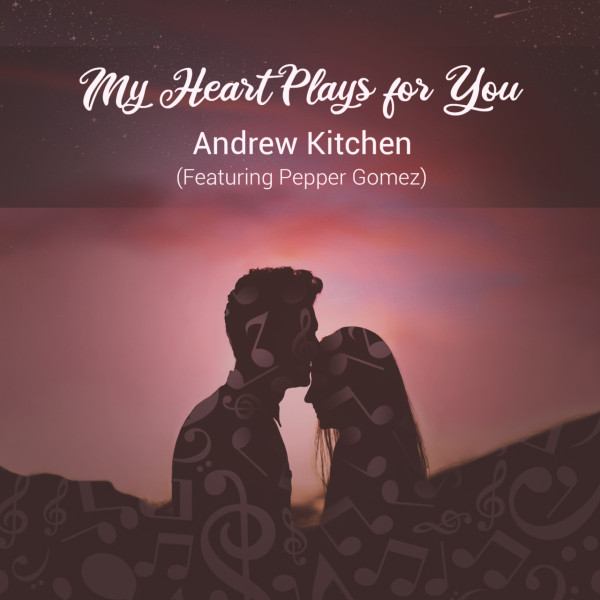 Renaissance man and producer Andrew Kitchen joins forces with Chicago House singer-songwriter Pepper Gomez to unveil the new single/music video, “My Heart Plays For You,” via Wake Up! Music Group.

Talking about “My Heart Plays For You,” Andrew shares, “This track was three years in the making.  I wanted to bring the people something positive.”

While Pepper Gomez adds, “I’m always humbled and inspired when someone asks me to create on their track. Though my comfort zone is House, these lyrics and melodies came pouring out. I’ve noticed I basically assume a character when I sing different songs. This one is all Pepper love – perfect in all its imperfections.”

“My Heart Plays For You” engendered Wake Up! Music’s recently released Nu-House track, “Oh My Heart,” produced by Pepper Gomez and Joseph Salamida, featuring vocals from the ET Boys’ Tacboy, along with remixes by Ralphi Rosario and Eric Kupper.

A veteran of Soul Train and host of Attack of the Boogie, Andrew Kitchen got his start as a dancer on Soul Train, touring with the extraordinary dance group ‘Kitchen and His Dancing Magicians,’ and appearing on WGN TV’s The Bozo Show.

He followed by founding AKTV and Films, a television, film, and music company. AKTV and Films, renowned for its integrity, has developed numerous artists, along with sustaining an internship program preparing young people for careers in the arts.

Andrew’s big-heartedness extends to his community, where each Christmas he rides Chicago’s ‘L’ handing out gift cards to anyone and everyone, demonstrating the true spirit of the season.

On her part, Pepper Gomez is the founder and CEO of the Chicago/Miami-based Wake Up! Music Group, an influential label with an ever-growing, impressive roster of artists such as A Killer’s Confession, RA, Breathing Theory, and the ET Boys.

“Look into my eyes / Just make me feel good / Love’s gonna hold us / Just like it should … My heart plays for you.”

An exquisite, delicate violin invests the tune with effervescent, luminous coloration, conveying the sonic notes of a heart bathed in the sublime feeling conceived in true love.

“My Heart Plays For You” ripples with graceful surfaces and coruscating, intertwining layers of polished patinas, along with the opulent voice of Pepper Gomez.