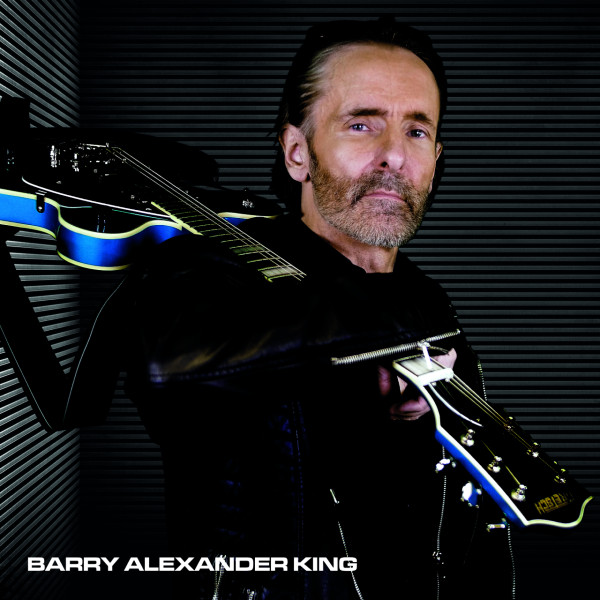 Barry explains, “The song is based on a few dreams (while sleeping as well as negative daydreams) I had back in 2018 and 2019. I had finally come to a very happy part of my life, having an amazing wife and daughter who gave me stability and well-being that I had never really experienced before. The dreams touched on the negative feelings of suddenly losing all of that due to sickness, illness, or worst-case scenario death. The lyrics describe the person left alone and asking themselves how it will be possible to carry on without the other half. At first, it seems impossible but as time progresses the song comes to a finale, and they realize that the person who is no longer there would want them to carry on for themselves and for the sake of the family. Just because one person is no longer there it doesn’t mean the other one should give up on life.”

Born in the UK, Barry began his career in music by playing in various bands, touring the UK, Germany, and Southern Europe. Later, he settled in Germany, where he played in two bands writing and performing their own material. Eventually, the bands dispersed, followed by Barry taking a family hiatus.

In 2015, he began going through songs he had written, followed by releasing his first solo album, Leave It All Behind. In 2020, he dropped Break Down The Borders.

Barry’s upcoming album, BAK3, was produced by Killian Cruiser, who is based in Los Angeles.

Talking about working with Killian, Barry says, “The song ‘Try To Carry On’ was written and recorded by myself between 2019 and July 2021. It started out as just a complete vocal and guitar arrangement (done together with my US-based friend and guitarist Justin Lewis) and a standard beat. As I wanted to try to get a more modern radio sound, I decided to look for a producer who was capable of giving the song a different angle. I was fortunate to find Killian Cruiser, who immediately saw the potential of the song. Killian came back to me with an amazing production that immediately gave me and those who heard the finished song real goosebumps.”

“Try To Carry On” opens on low-slung, shimmering tones and a gentle piano as Barry’s delicious, velvety voice imbues the lyrics with warm timbres. A thumping beat enters, followed by the harmonics taking on gorgeous layers of lustrous leitmotifs.

As alluring as the melody is, the creamy, deluxe vocals of Barry infuse the song with glossy, sumptuous textures and overwhelming emotion, making the song exceptional.

Brimming with gleaming colors, an infectious engulfing flow, and the superb voice of Barry Alexander King, “Try To Carry On” hits the sweet spot. This is a gloriously beautiful song.