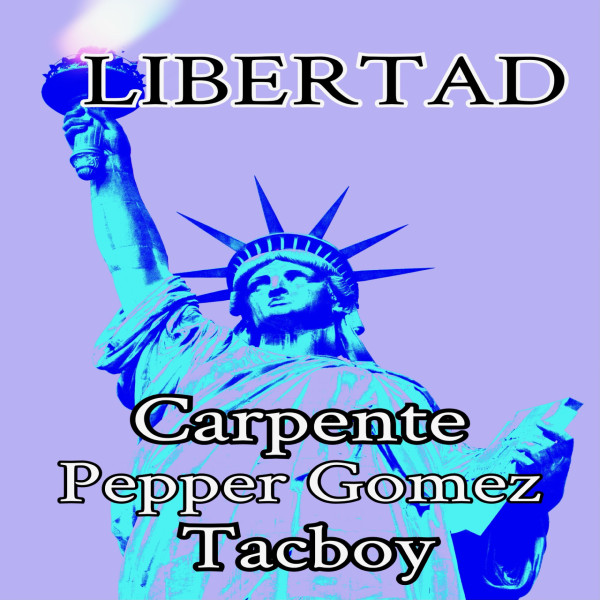 According to Pepper, “Libertad” is “the song that appeared,” a song sent by the Divine. Most songs are written with a guitar or at a piano and infused with life in the studio. “Libertad” was born while Pepper was bathing. Leaping out of the tub, she grabbed her iPhone, got back in the tub, and began recording.

Pepper sent the track to Carpente, asking if he could surround her vocals in music. Carpente worked his magic, giving the mournful lyrics a musical matrix. Pepper then recruited the ET Boys’ Tacboy to provide the male vocals.

Talking about the song, Pepper shares, “In a time where we are watching freedoms and rights reduced before our very eyes, ‘Libertad’ cries, ‘Where did you go? Do you feel like coming home? I wanna make you feel free.’  The male and female interplay underlines the painful need to never stop the work we must do and fight for in the area of human rights and Liberty.”

The video, created by Domonick Giorgianni, aka Hippie Dom, at once stark and visually affecting, depicts Lady Liberty with her flaming torch held high, the bright sun moving across the sky, as she gradually vanishes from existence.

Without sonic precedence, “Libertad” is truly genre-bending, evoking a mood of imminent loss as well as powerful emotions.