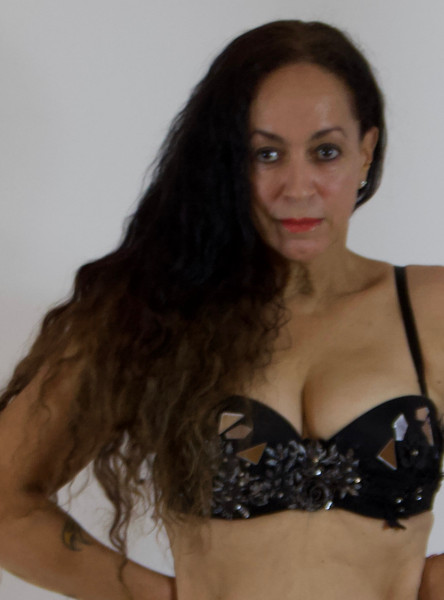 Asked how he got started in music, singer, composer, producer, label owner, and filmmaker Carpente shares, “I was given a keyboard as a gift in my youth, so I expanded on it and found it went creatively where I felt. I am a vocalist too, and just added some rhythm guitar a year ago.”

To quote The Fixx, “One thing leads to another.”

According to Pepper, the song was inspired by her travels. She explains, “Then I lived in Nice for a summer when I was a teen. I was fluent in French – it was a blast. I am no longer fluent, but I love languages – words. Imagine that as me the poet lol. So, this song comes to me about how I’m always rushing. And of course, you can be rushing in many ways, including from partying, dancing, etc. But the vibe is that wish to be rushing on vacation, beach in the day, party/dance/clubs at night – feeling beautiful like the belle of the ball. Brigitte Bardot in Saint Tropez. I’m pretty sure I went there but I was having too much fun to notice lol. So, this is a ‘cool’ track that would be lovely on the beach or in a very trendy expensive restaurant or the clubs.”

From its opening swanky emerging tones rolling into a thumping house rhythm referencing a chic palette of shimmering textures, glossy and erogenous, shifting like the amorphous oozing of a ‘60s lava lamp, “Rushing (Saint Tropez)” is simultaneously ethereal and palpable.

The secret ingredient to the song is Pepper’s Siren-like vocals, spinning out sleek, levitating cotton-candy-flavored timbres dripping with panache, akin to a dreamy fractal descent of color and timbre. The feel and flow offer spellbinding surfaces evoking a never-ending weekend of grooving at vogue clubs, blissfully aware of only motion, energy, and the spiraling throb of heavy basslines.

There’s a subdued urgency to the harmonics, accentuated by Pepper’s breathless, hyper-feminine voice, like something between noun and verb, especially when it takes on pressing tonality.