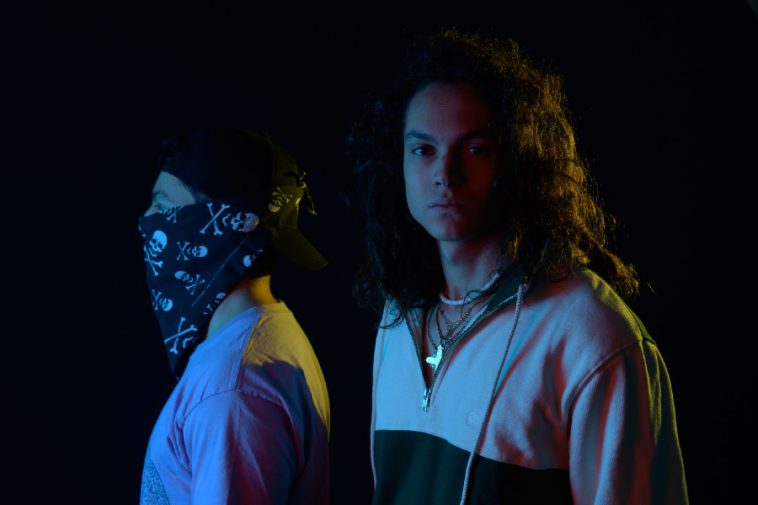 South Florida’s nu-pop/melodic rap duo the ET Boys unveil their new lyric video, “TIOD,” via Wake Up! Music. The lyric video, created by 20-year-old graphic artist Daniela Valerio is a dazzling work of art, conjuring up the mood of the song.

Vocalist/lyricist Tacboy shares, “Even though it is a very moody song, ‘TIOD’ gives you the sensation of the hope you feel in the late hours of the night.”

Comprising two Latino brothers, Tacboy and Sharkeyes, the ET Boys exploded on the music scene less than a year ago, releasing their debut single, “Sober,” amassing more than 400,000 Spotify streams, along with over 390,000 views on YouTube, as well as 51,953 monthly listeners on Spotify. In aggregate, they have gathered over 1 million streams and 1 million views.

The pair followed with a series of captivating hit singles, including “Nowhere,” “Something Love,” “Rain or Sunshine,” and “Long Night.” The latter track collected more than 440,000 streams on Spotify alone. With features in elite outlets such as SleepingBagStudios, XS Noize, Muzique Magazine, and The Young Folks, the ET Boys, almost overnight, became a tour de force.

The ET Boys, because of their mother, house vocalist, and CEO of Wake Up! Music, Pepper Gomez, grew up enveloped by dancers, musicians, and music, ranging from Flamenco to The Doors. Unsurprisingly, Pepper required the brothers to learn drums, piano, and guitar. Later, while Sharkeyes was in college, he began sending his compositions to Tacboy, who added lyrics and sonic textures. When the twosome felt they were ready, they began recording and releasing their music.

ET Boys’ sound encompasses elements of hip-hop, pop, and alt-rock, along with hints of other genres. The final musical potions alternate between irresistible bangers and chill vibes. Either way they go, their songs are stylish and charismatic.

“TIOD” (two in one day) opens on teeter-tottering tones with vague hints of country and hip-hop. Tacboy’s voice imbues the lyrics with dark, risky tones as the harmonics roll out on washes of hip-hop-lite colors riding a low-slung rhythm rippling with tropical beats, while subterranean bass timbres imbue the rhythm with massive hollow dynamics.