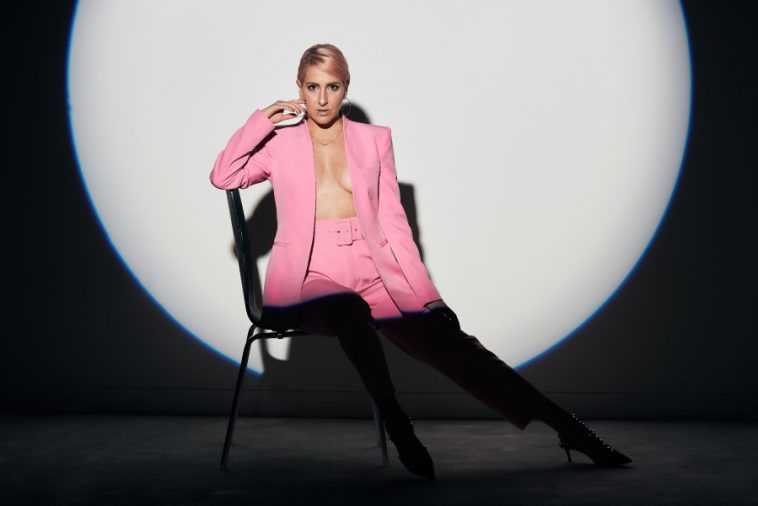 Renowned as a guitar shredder and vocalist, along with DJing SRO rooms at New York City’s elite, sizzling clubs, and hosting outrageously theme-based parties in basements, on rooftops, and luxury yachts, Dye has collected vast approval for her ability as an artist and unparalleled party arranger from Nylon, GQ, Noisey, Brooklyn Vegan, Consequence, Billboard, Paste, and The High Times.

If that’s not enough, she toured across North America performing at Riot Fest and SXSW, as well as writing for NPR’s More Perfect and appearing on a Record Store Day compilation with Bikini Kill, Lenny Kaye, and Atmosphere.

In her interview with Vinyl Writer Music’s Andrew Daly, Dye talked about her start in music and her gear. She got began dipping into music in D.C., followed by following a lover to NYC, where her musical talent took on impetus.

Speaking to her gear, she said, “I play a 1963 Fender Jazzmaster. Tone is important to me. In terms of guitar players, I look up to Dick Dale, Joan Jett, Vivian Albertine, and Mick Jones.”

“Twenty-Seven” opens on an emerging kick drum topped by vibrating synths, followed by the entry of Hello Lightfoot’s delicate, crème de la crème vocals, at once airy and creamy-dreamy. The low-slung pop rhythm dishes out pulsating energy. A percolating breakdown shifts the harmonics momentarily and then flows back into a delectable shimmering melody.

The video depicts Hello Lightfoot cruising the strip in Vegas in a white convertible, engaging with an Elvis impersonator, and then roller skating in a saffron yellow, layered, cupcake dress. As the evening takes shape, she visits a dazzling nightclub, where she hangs out with a blue-clad Elvis, dancing and relaxing.