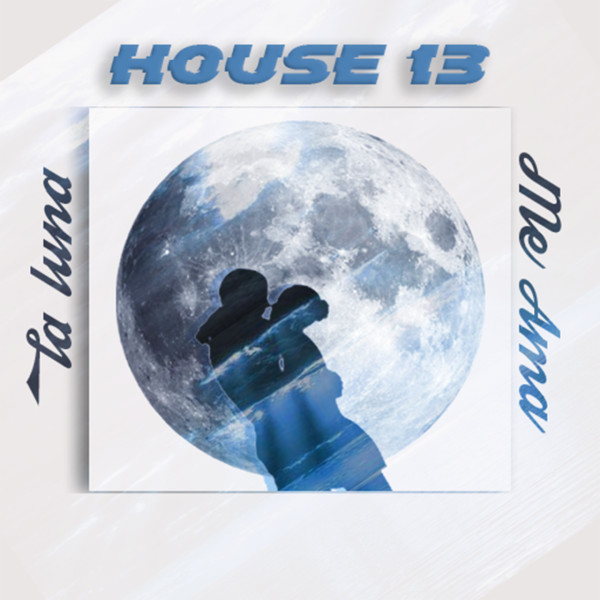 For House 13, it started on Chicago’s south side, where, in 1982, he began DJing, mixing Italo Disco at parties. The early ‘80s saw Frankie Knuckles create house music, followed by DJ Larry Heard, aka Mr. Fingers, adding soul and funk to house music to craft deep house. House 13 was there when it all began.

When the internet arrived, House 13 established an underground mix show called Blue Moon Media, showcasing his new material along with new music from both recognized DJs and rising stars.

According to House 13, deep house has four primary elements: a four on the floor quarter-note kick drum pattern; a tempo conducive to dancing, which means 110 to 125 beats per minute; soul, funk, and jazz flavors; Roland synths, especially the TR-808 and TR-909 drum machines.

All topped by soulful vocals.

Along with the original mix, the release includes a variety of remixes, including interpretations from Tony Technics, DJ Stretch, Kevin Allen, Numo Dan, and Rudy V.

“La Luna Me Ama” opens on shuffling percussion and a fat bassline as a seductive female voice imbues the lyrics with voluptuous tones. A shimmering drop, followed by a pulsating rhythm and gleaming colors, launches the sensuous harmonic concoction. Laced with sizzling, fuzzy accents, there’s a low-slung, reckless dynamism to the tune, at once hypnotic and cathartic.

Each of the remixes is excellent, ranging from the beat-heavy Kevin Allen Remix to the zesty flair of Rudy V.’s Remix.

House 13 has it going on! “La Luna Me Ama” throbs with latent eroticism, beguiling hormonal exuberance, and posh vocals.