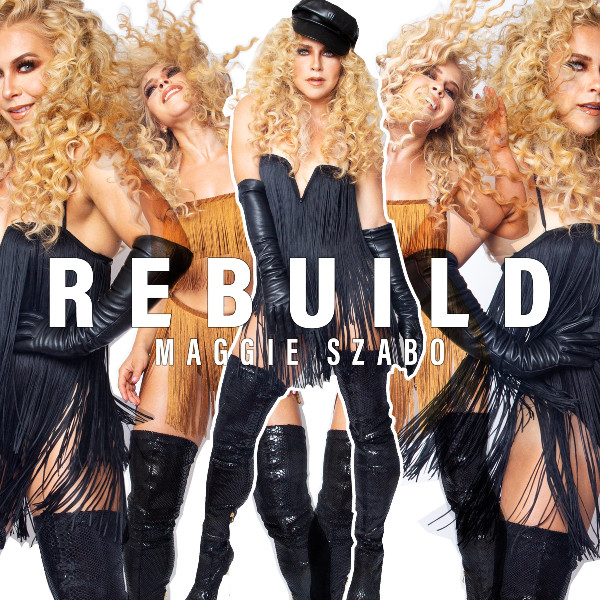 Los Angeles dance/pop diva Maggie Szabo introduces the music video for her stirring pop anthem, “Rebuild,” a song about tenacity and the potency of inner strength.

An ardent advocate for social justice and equality, with “Rebuild,” Maggie submits a platform for sharing the story of personal evolution within the trans community. The video, directed by Alexa Best, a trans woman, features trans woman, Dr. Kathryn Davis, surveying Kathryn’s life through photographs.

After losing her job and being compelled to detransition in the ‘90s to provide for her family, Kathryn endured an emergency surgery that almost took her life. It was a wake-up call for Kathryn, who transitioned in 2016, at the age of 70, and now lives a bona fide life. A well-known representative of the LGBTQ+ community in L.A. and a founding member of the Los Angeles Trans Chorus, Kathryn’s life shows the importance of remaining true to yourself.

Originally from Canada, now living and working in L.A., Maggie Szabo is one of the music industry’s most pursued artists for DJs, film, and television. Her placements include high-profile syncs on E!, Disney, NBC, TV Land, and Netflix, along with feature articles in Rolling Stone India, Billboard, Popdust, The Advocate, Huffington Post, Ryan Seacrest, Perez Hilton, and Earmilk, along with a host of others.

“Rebuild” opens on a tantalizing pop melody full of swirling colors riding a driving dance rhythm as Maggie’s deluxe, sumptuous voice surges with vibrant timbres atop nuanced textures. Upbeat and uplifting, the harmonics pause deliciously on a shimmering breakdown and the ramp back with swagger, posh savors.

At once electrifying and alluring, “Rebuild” showcases the exquisitely bewitching voice of Maggie Szabo, while chronicling the life of Dr. Kathryn Davis.