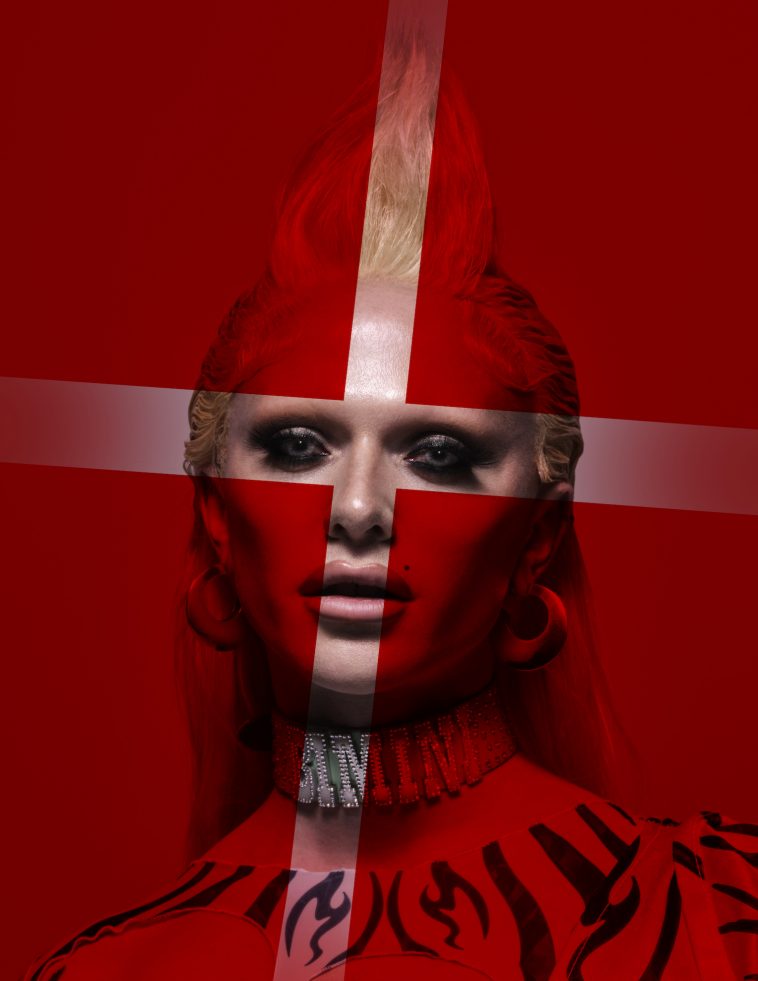 Bimini Bon-Boulash, the non binary icon and plant based princess from series two of Ru Paul’s Drag Race UK, has unveiled their debut solo single ‘God Save This Queen’.

Written by Bimini with Billie Blonde and Redshank, who also produced the track, ‘God Save This Queen’ is a defiant and unapologetic anthem which celebrates every inch of the Norfolk-born performer’s identity.

Laced with tongue-in-cheek lyrics, along with a fierce IDGAF attitude, the song addresses the bigotry that Bimini has faced over the years and continues to experience. More importantly, the certified bop embraces the freedom they enjoy from truly being themselves and is sure to inspire a legion of listeners who may be struggling with their identity.

“Gender free / Breaking boundaries / I’m living my dream / God save this queen,” Bimini sings with pride before declaring “Fragile masculinity won’t get you very far / Throughout all of history it’s left too many scars / Give the freedom to the people to be who they really are.”

‘God Save This Queen’ comes accompanied by an iconic visual which brings the song’s meaningful message to life whilst also reminding us of Bimini’s infectious personality. Falafel wrap anyone?

‘God Save This Queen’ is Bimini’s first solo release and, having spent the last few months writing and recording their debut music, is sure to be the start of something incredibly special and empowering.

Of course, Bimini already has a UK Top 40 single under their belt after the viral success of the United Kingdolls’ performance of ‘UK Hun’, which debuted during “The RuRuvision Song Contest” episode on Drag Race UK. The track gave us the most iconic verse in Drag Race history (‘Release the beast, BIMINI!’) and cemented their place as the fan favourite and breakout star of season two.

Bimini has since taken part in campaigns for Selfridges and Maison Margiela, alongside editorials for Notion, Dazed, ES Magazine, W Magazine and The Face. They have also appeared in music videos for Ava Max’s ‘My Head & My Heart’, Majestic’s ‘Rasputin’, and Little Mix’s ‘Confetti’. Plus, they will be releasing their debut book A Drag Queen’s Guide To Life later this year and we CANNOT WAIT to embrace even more of Bimini Bon-Boulash.

‘God Save This Queen’ is available to download and stream now.