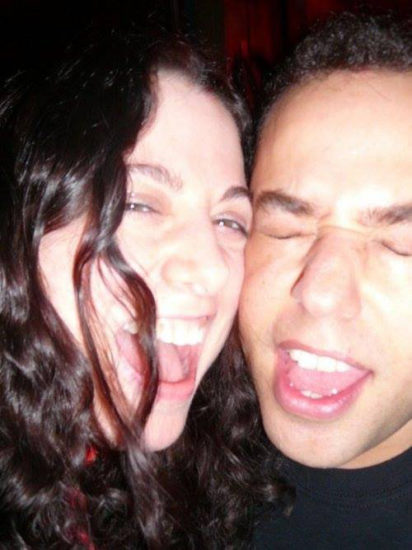 Indie-rock/piano-pop duo MAKAR introduces the music video, “Zombies Have Rights Too,” a track from their upcoming album, Fancy Hercules, slated to release November 19.

Their name – MAKAR – is a 15th-century Scottish term meaning Poet.

Since then, they’ve performed at Luna Lounge, CBGBs, Knitting Factory, and Pianos, followed by recording their debut album, 99 Cent Dreams. The album received airplay on FM, college, indie, and Internet radio, along with multiple rave reviews. They received late-night rotation on MTV2 and were voted into 2015’s Top Ten Indie Guitar Bands, along with MGMT, Vampire Weekend, and Ra Ra Riot.

The video is a trip, depicting a female zombie waking up in bed, followed by brushing her teeth, and then lounging in a chair reading. Later, she joins another figure in the front room, where she plays guitar and he plays piano. Because of her deformed hands, her guitar method is unique.

The visuals shift, showing her being chased up the stairs by a pipe-wrench-wielding masked figure. Then she joins her companion on the couch, where they seemingly make goo-goo eyes at each other. Yet it’s hard to tell whether she wants to kiss or eat his brains. Avoiding her dubious advances, he pours them both a glass of wine. Only she can’t keep the wine in her mouth – drooling.

The visuals blend with the glitzy music of MAKAR to project a refreshingly fun video just in time for Halloween.