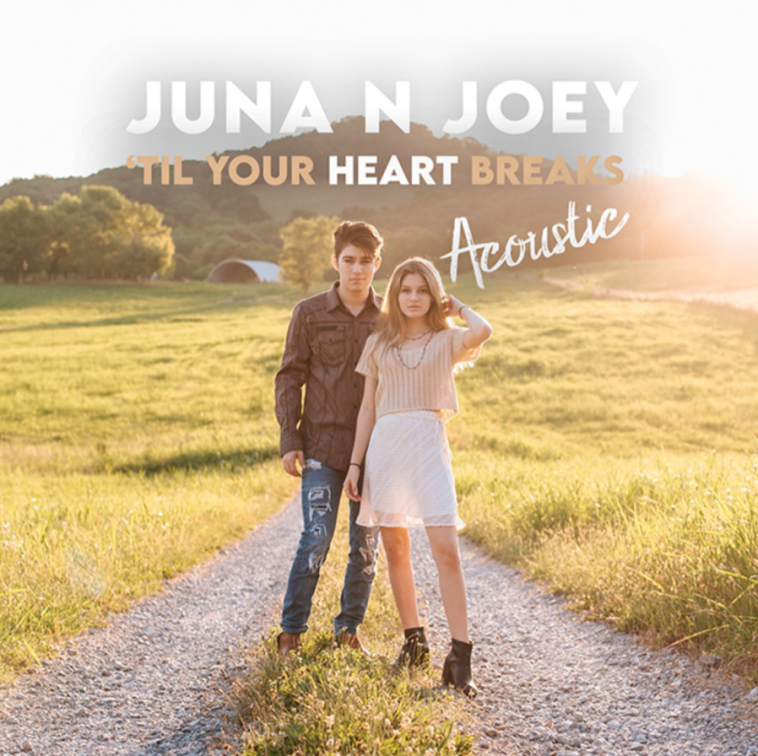 Nashville is never gonna stop being the songwriting capital of the world. Synonymous with Country music, Nashville has helped to catalyse some of its most celebrated names, like The Allman Brothers, Hank Williams, and Liz Kilgo. It then makes perfect sense that any country artist looking to get their name into the history books would be trying to make their way here. And that’s exactly what brother and sister duo Juna N Joey have done. Originating from West Beach, Florida the young country stars have moved out to the heart of Nashville and soaked in inspiration from their new home ever since.

The up-and-coming country duo have just released a brand new acoustic version of their touching single ‘’Til Your Heart Breaks’. The mesmerising single has been stripped back to the core skeleton that makes it what it is. ‘’Til Your Heart Breaks’ starts off as a slow and sorrowful piano ballad, centred around one of Country’s most prominent themes of love, loss and heartache. The siblings are able to intertwine their vocals so perfectly, backed by an impressive power that both are able to put behind their vocal melodies. Putting their own contemporary spin on the timeless Country theme, Juna N Joey perfectly blend their own original style with the motifs of their idols.

Talking about the track, Juna goes on to say “Although we have never experienced this level of real heartbreak, we wanted to write a power ballad. Kenny Royster and the experienced musicians on this track really knew how to interpret our acoustic version into a recording that we are so excited to release. We hope that people find this song to be true and relatable – love is definitely one of the most important themes in country music.”

‘’Til Your Heart Breaks’ comes as a flawless insight into the self-titled EP that will be released later this year. Since they started uploading covers onto their YouTube channel and releasing their first single ‘Stay Young’ back in 2019, Juna N joey have been coalescing an arsenal of pop-country show-stoppers.

‘’Til Your Heart Breaks’ Acoustic version is out now.