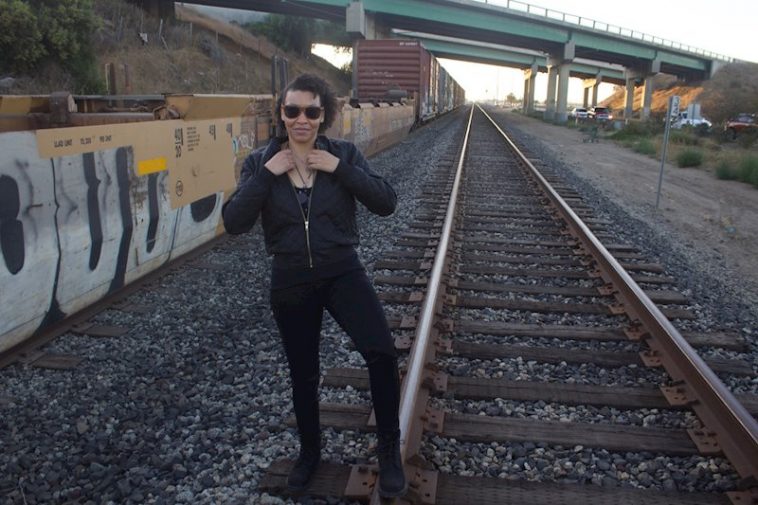 “INNOV8!” is a statement about elevating to higher levels of self – mentally, emotionally, and spiritually. Nemesis’ formula for progress is summed up in her simple equation: “Thoughts + Beats = INNOV8!”

Nemesis’ aim is to entertain and uplift the hip-hop culture creatively. A native of Los Angeles, Nemesis earned her stage name in the early aughts, polishing her lyrical flow in skirmishes and sessions on the schoolyard.

A ‘nemesis’ is an unconquerable opponent. So, finding disparity between the ideals that founded hip hop and the pop hip hop that degraded those ideals, Nemesis was emboldened to go worlds beyond mainstream hip-hop lyrics, while still delivering the swag and entertainment value that popular hip hop garners.

What sets Nemesis apart is her gift for blending great beats with delicious song arrangements, thus appealing to both the typical hip-hop listener, as well as listeners desiring profound lyrics and melodic content.

“If I don’t claim self / Then I can’t uplift / No one else / Epitome of self-help / Putting subconscious shadow / Static on the shelf.”

On “INNOV8!,” Nemesis delivers smooth layers of hip-hop and R&B, capped by her pioneering, conscious flow, resulting in a dope song.