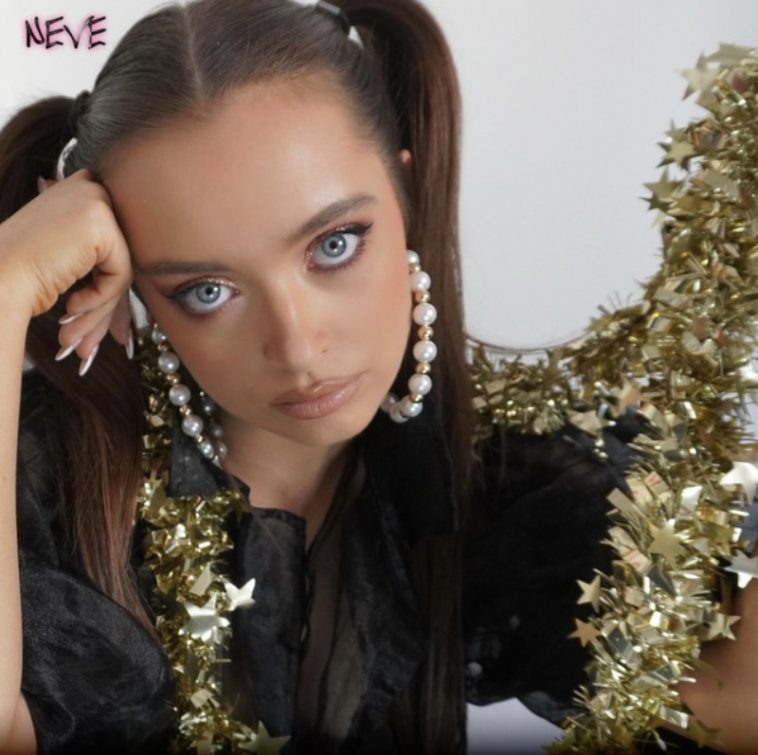 Rising pop starlet NEVE is closing off a breakthrough 2022 by lending her trademark silky tones to a double single festive offering.

The Irish singer dropped original Christmas song ‘This Christmas’ across streaming platforms on Friday, a twinkling tale of hope and well-wishes which comes as a breakaway from the upbeat pop of this year’s singles.

‘This Christmas’ lands alongside a cover of ‘Glimpse of Us’, first made famous by Joji, which comes after a version from a heartbroken girlfriend’s perspective racked up nearly four and a half million views on TikTok.

One user who found that version of the song said: “I’ve heard many covers of this song, you’re on a different level! Your voice is so silky, so emotional and just beautiful.”

Others wrote “chills” and “you sounded like Ariana for a sec” as the video did the rounds online.

The double Christmas release rounds off a 2022 punctuated by brilliant pop releases from NEVE.

From the soaring chorus of ‘Outside Voices’ to the teasing ‘Modern Romance’ and tongue-in-cheek ‘Brutally Honest’, the songwriter has earmarked her brand of pop as one to watch ahead of 2023.

NEVE will take those tracks on the road next year as she supports Betty Who across Europe – including a night at Heaven in London on March 2.

Are you loving NEVE this year? Adding the festive releases to your Christmas playlists? Let us know @CelebMix on Twitter.