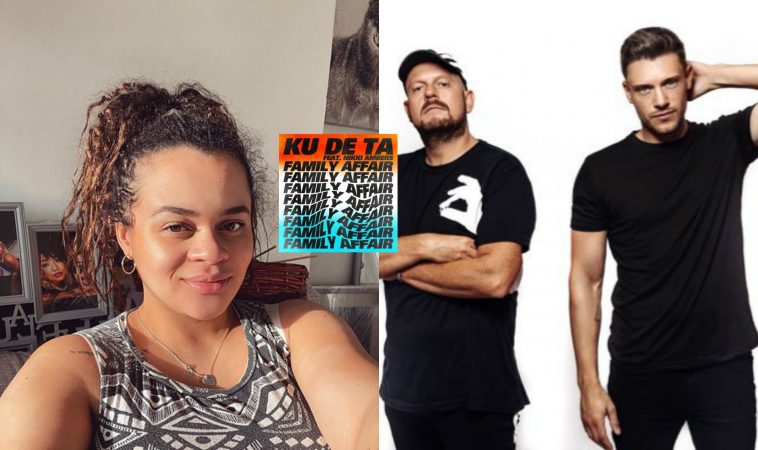 We’ve just discovered an awesome track that we cannot stop listening to which was released last week, and that is Ku De Ta’s “Family Affair” which features Nikki Ambers. It is a cover version of the awesome Mary J. Blige hit of the same name. This is both of these artists’ first release of 2020, it follows up Ku De Ta’s 2018 release “What You Do” featuring Sylvia Mwenze, and Nikki Ambers’ feature on Vion Konger’s single “Her Bed“.

Ku De Ta are a production DJ duo from London, consisting of Rob Searle and Chris Spencer. They are certainly a rising duo in the EDM industry having already gained attention from big names with their amazing releases to-date. So far, their biggest hit has been their previous collaboration with Nikki Ambers on the song “Move Ya Body”, with their last 2018 release, “What You Do” featuring Sylvia Mwenze, gaining quite a lot of traction, and now they’ve dropped this new collab, refreshing the Mary J. Blige hit, a month or so before Miami Music Week. This is going to be another one that will gain traction – it’s our new favourite club track, that’s for sure! The future is bright for Ku De Ta.

As for Nikki Ambers, real name Nicole Shortland, she has had previous success over the last few years. Many will know her as being a contestant on The Voice UK series eight where she was eliminated during the battle rounds – she deserved to have made the final in our eyes. She started off as part of girl-trio Soundgirl who had a moderate hit with “Don’t Know Why” but the group split and she became Little Nikki, which she later said goodbye to at the end of 2017 when she dropped the soulful single “Memory“. As Little Nikki, she collaborated with Maxsta on track “Wanna Go” and she also featured on the DJ Fresh vs TC track “Make U Bounce”; both tracks made it onto the UK Singles Chart, the former at number 48, and the latter at number 10. She also had solo hits such as “Little Nikki Says” which charted at number 53, the song was also used in an advertisement for Boohoo.com; she also charted with “Right Before My Eyes” at number 140, a collaboration with DJ S.K.T, which was a cover version of the Patti Day song made famous by garage group N’n’G. Most recently, her collaboration with Ferreck Dawn & Robosonic on the track “In My Arms” has gone viral within the dance music world. Her voice is impressive and we expect to see more hits from her in the coming years.

According to Spotify, the track has been written by Andre Romell Young, Asiah Louis, Bruce Allen Miller, Camara Yero Kambon, Luchana Nicole Lodge, Mary J. Blige, Melvin Charles Bradford, and Michael A Jr Elizondo, whilst it has been produced by Rob Searle.

We love the original by Mary J. Blige, but it was so in need of a recent refresh and that’s exactly what Ku De Ta and Nikki Ambers have done. Addicting to no end, the track is unstoppable with intricate club beats flowing throughout that will guarantee the dance floor will be packed – Nikki Ambers even tells you to do just that with the lyrics, “So grab somebody and get your ass on the dancefloor”. As for the vocals, Nikki Ambers is sounding as on-point as ever, easily singing the lyrics – which aren’t easy to sing – and giving us R&B vibes throughout. She’s quickly becoming the singer DJs want to collaborate with, and with vocals like this we do not blame them – we’re just shocked that The Voice UK didn’t allow her to progress to the finals, but she is so ready to prove them wrong.

Also, Nikki Ambers is currently in her third trimester and only has three weeks until her baby is born, so we’re going to take this opportunity now to say a huge congratulations and we just know you’re going to be an amazing mother, Nikki.

“Family Affair” by Ku De Ta featuring Nikki Ambers is available to download and stream right now via New State Music. We assure you this is one track you need on all of your party and predrink playlists.