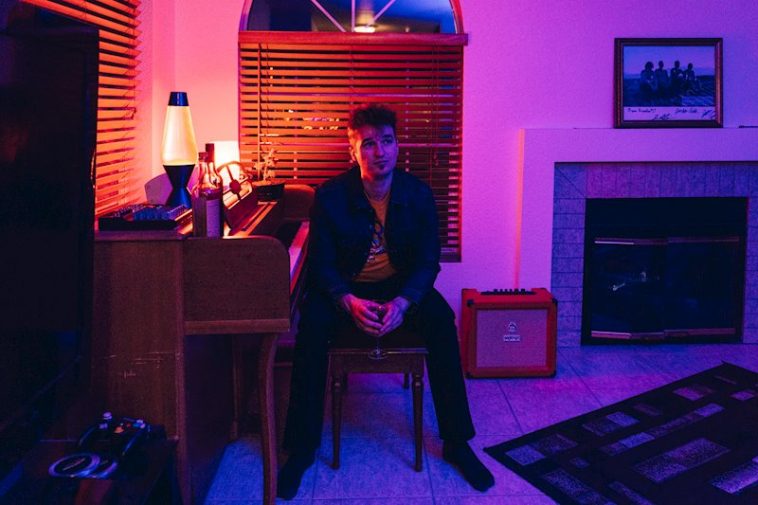 Las Vegas-based alt-pop artist Ono Kimono, aka Justin Roll, recently released his club-ready debut single, “Fever Dream,” a contagious, ‘80s-flavored track inspired by pandemic fatigue and the desire to get out of the house and seize the night.

Ono Kimono explains, “The singles I’m releasing have been a culmination of what I’ve been feeling since the start of the pandemic. Feelings of heartbreak, addiction, and burnout have weighed heavily on me, and it’s been highly therapeutic to put them into music. I’m hoping my message resonates with people and takes them on a journey.”

He goes on to add, “I like to make music that sounds like it’s from an alternate universe. I love to experiment with surreal sounds and textures but also find a way to keep the message grounded and relatable as a whole. That’s really a fun challenge for me. It’s an obsession of mine to throw in little details that maybe would take you a few spins to notice.”

The brainchild of Justin Roll, Ono Kimono’s sound merges savors of ‘80s and ‘90’s pop with tangs of psychedelia. The project grew out of the pandemic and subsequent lockdown. Roll had just parted from his previous band. Quarantine gave him time to focus on creating and experimenting with innovative new sounds.

“Fever Dream” opens on swirling, luminous colors, followed by an infectious rhythm riding finessed percussion and a fat bassline. Kaleidoscopic textures merge into plush, luxurious waves of eddying pop leitmotifs as Ono’s luminous radiant, velvety voice imbues the lyrics with delicious timbres of longing to break out and bask in the exuberance of the night.

With “Fever Dream,” Ono Kimono rolls out luscious layers of alt-pop, slicing through the atmosphere with electrifying vibrancy.