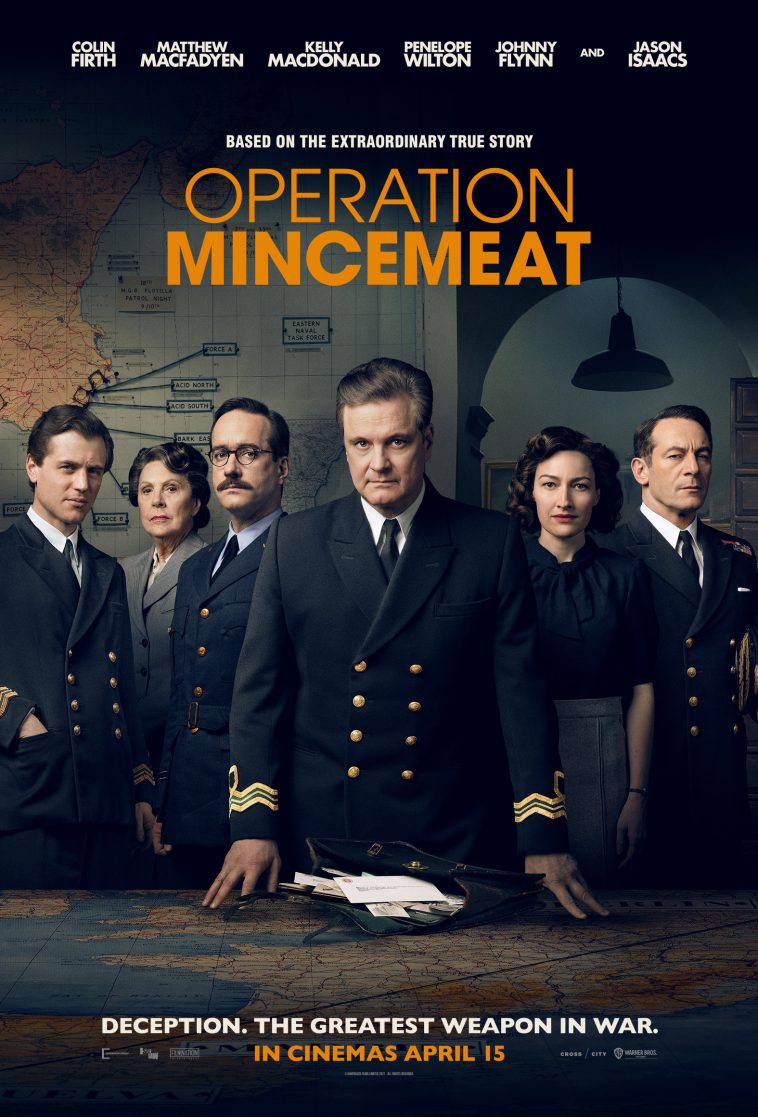 Adapted from the bestselling book by Ben Macintyre, Operation Mincemeat is the true story of World War Two’s biggest deception.

Operation Mincemeat depicts the real-life events during the second world war which saw a huge deception take place in order to the plans for the allied invasion of Sicily a secret.

It’s 1943. The Allies are determined to break Hitler’s grip on occupied Europe, and plan an all-out assault on Sicily, but they face an impossible challenge – how to protect a massive invasion force from the potential massacre. It falls to two remarkable intelligence officers, Ewen Montagu (Colin Firth) and Charles Cholmondeley (Matthew Macfadyen) to dream the most inspired and improbable disinformation strategy of the war – centred on the most unlikely of secret agents: a dead man. Operation Mincemeat is the extraordinary and true story of an idea that hoped to alter the course of the war – defying logic, risking countless thousands of lives, and testing the nerves of its creators to breaking point.

The trailers for the film do not do it justice. Operation Mincemeat tells the rather unbelievable true story of world war two’s biggest deception, which kept the allied invasion of Sicily a secret. It involves a non-sensical plot, which sounds like something out of fanfiction. It involves a dead body, top-secret papers and lots of espionage. It’s a deception that was so out there that it shouldn’t have worked but it did. Saving thousands of lives.

Operation Mincemeat is led by a hugely talented cast who sensitively tells the story and honour and fully immerse themselves in the real-life characters they are playing, perfectly showcasing just how the deception was pulled off and how it changed their lives and saved so many.

If you love films that depict real-life events then this is a film you need to see!

Let us know your thoughts on the film on @CelebMix!