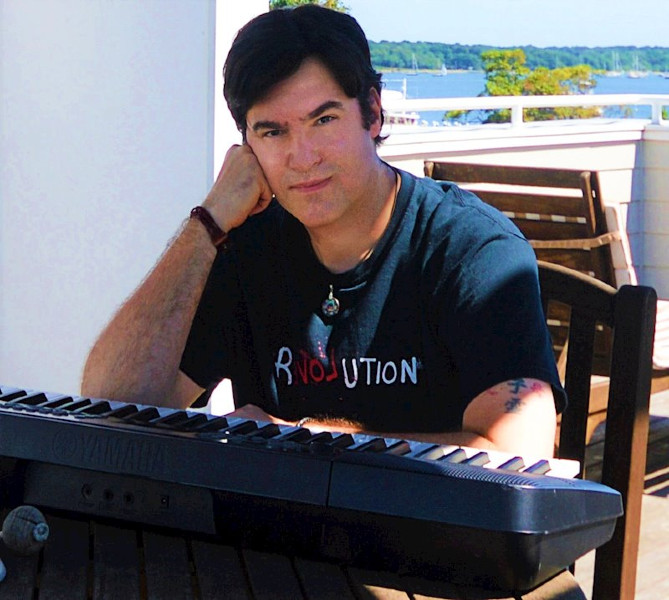 Paul explains, “After completing and releasing my last album, ‘Culture War,’ I was emotionally spent. I wasn’t sure I wanted to write or release any more music. At the same time, I really started to reconnect to the energy of New York City. So many people wrote about the demise of NYC during the pandemic, saying it would never come back the same. But to me, it never left. I went to a bunch of my old stomping grounds and each one inspired something different in me. I started writing again and this song poured out of me in less than a couple of hours. Lyrically I wanted something that combined the romanticism and grittiness of NYC with feelings of positivity, love, and gratefulness.”

He goes on to add, “I needed a fresh feel and vibe for this song, so I wanted to work with someone new on the engineering side. I met Dan Konopka from the Grammy-winning band ‘OK Go’ and we hit it off. Dan mixed and mastered the song and I feel like he captured the exact energy that I wanted.”

Born in Boston, MA, Paul grew up in Framingham, where he started writing music and lyrics at the age of 10 on a Casio keyboard his father bought him. Later, he studied privately at The Boston Conservatory of Music under the tutelage of Donald J. Bravo.

After high school, he attended The American Musical & Dramatic Academy, followed by writing and performing stand-up and sketch comedy, including appearances on SNL and indie films, such as Bobby G. Can’t Swim.

When Paul’s father passed away, he returned to music as therapy, followed by releasing Diamonds & Demons, which received vast acclaim. Paul then decided to release a trilogy of EPs. Paul’s music has been featured on UFC Fight Pass and Titan Fighting videos and MTV’s Think Again Sex Myths Revealed, along with a pre-Grammy nomination for “No More Love Tonight.”

“Everything’s Gonna Be Alright” opens on a funky guitar riding a rumbling rhythm as Paul’s brilliant vocals infuse the lyrics with buoyant savors. The feel and flow of the tune are ebullient and brimming with luminous accents atop a fat, pulsing bassline.