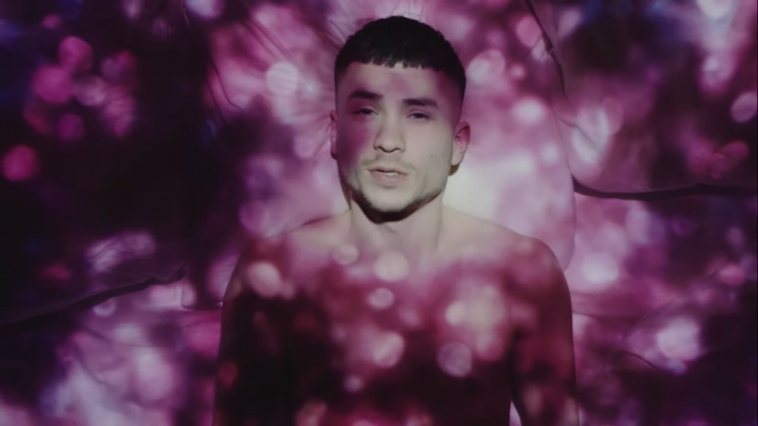 We’re honoured to be the ones presenting to you the incredible music video that Paul Rey has dropped of his Melodifestivalen 2020 song “Talking In My Sleep”. He has had an amazing career to date, collaborating with the likes of Snoop Dogg and toured with the likes of James TW and Fifth Harmony; and, we can’t wait to see what the future brings for him.

This song was written by Lukas Hällgren, Alexander Standal Pavelich, and Paul Rey, and has already become a household favourite in Sweden. Paul Rey entered the massively-known Swedish competition, Melodifestivalen, this year, with “Talking In My Sleep”. The competition has been going for 60 years and the winner goes on to represent Sweden at the Eurovision Song Contest. He placed fourth in Semi-Final 2 which landed him a place in Andra Chansen (the Second Chance) round, where he competed in a duel against Malou Prytz with “Ballerina”. This was the tightest and most difficult Andra Chansen duels in recent years with just 23,000 votes between them (in comparison the other three duels had more than 200,000 votes separating the entries). In the Final, he gave it all he could and did moderately well, coming sixth overall with a total of 68 points. The song has gone on to chart well in Sweden, peaking at number eight.

“Talking In My Sleep” was one of our favourites in the national selection show, and we were beyond happy to see it go through to the Final. It’s an emotional piece that certainly pulls on the heartstrings and we felt every single word when he performed it on the Melodifestivalen stage – which is why we’re so proud to be premiering the official music video to you right now. If you thought the song was emotional, get ready for the music video which interprets “Talking In My Sleep” by Paul Rey, beautifully.

Directed by Maja Rodman with Benjamin Zadig acting as director of photography, this music video is pure art, cleverly constructed, and has a beautiful concept throughout. The video starts off with Paul Rey in a double-sized bed as a projection of raindrops splashing into puddles is displayed over him – this easily transcends brilliantly into the opening lyrics. As the song progresses, the projection displays happy moments and memories of Paul Rey and his loved one. It’s clear that this woman who he fell totally in love with is no longer with him – which we had previously gathered from the gorgeous and emotional lyrics – and the story continues this arc. Not only that, but Paul Rey is lying in bed displaying his heartbreak, his loneliness, and just how much he misses this person that was once his whole world. The song is a masterpiece alone, but this music video amps it up, adds a deeper meaning to the song, and just intensifies the song in the best light possible.

“Talking In My Sleep” is available to download and stream right now, via 20/20 Records under exclusive licence to Warner Music Sweden. It has already gained over 6 million Spotify streams and is surely going to hit home for many people now that a lot of countries are on lockdown and people are quarantining themselves. Look out for our interview with Paul Rey coming in the next couple of days.

What do you make of the music video for Paul Rey’s “Talking In My Sleep”? Let us know on Twitter @CelebMix.