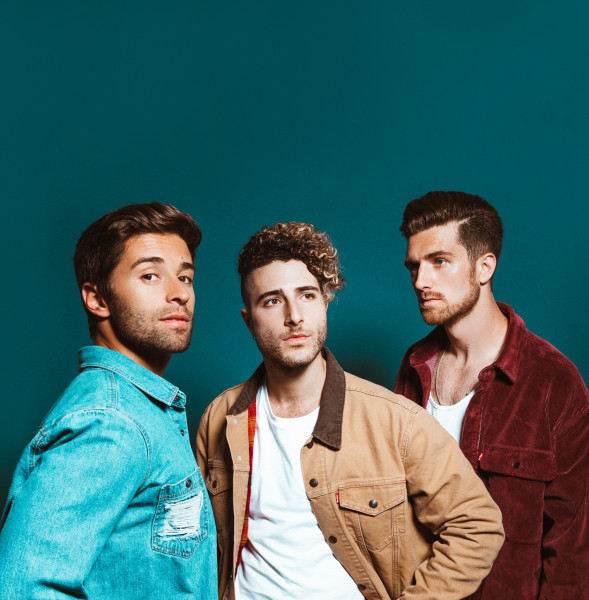 Signed to RED Music/Sony Music, Jake’s legions of fans are known as “The Millertary,” including 780,000 followers on TikTok, 50 million views, and over 8 million likes. He’s shared the stage with Ariana Grande, Shawn Mendes, and Fifth Harmony, along with taking off on eight headlining tours of the U.S. and being featured in outlets such as People Magazine, Billboard, MTV, Teen VOGUE, Forbes, and Cosmopolitan.

Last year, Jake released his six-track EP, Based On A True Story. Written and produced in his bedroom, the EP contained the hit single, “Wait For You,” which scored big on Billboard’s Top 40 chart, followed by Jake’s live performance on Kelly and Ryan.

On their part, Fly By Midnight made up of songwriter Justin Bryte and producer/songwriter Slavo, have amassed 30 million streams, delivered hit singles like “Vibe” and “Lovely,” and frequented Spotify’s top playlists.

The twosome’s collaboration with Shoffy, “Caffeine,” is a tribute to female icons of the ‘90s: Tiffani Amber Thiessen, Tyra Banks, and Jennifer Lopez.

With “Automatic,” Jake Miller and Fly By Midnight generate nuanced, deluxe electro-pop savors, at once alluring and incandescent.