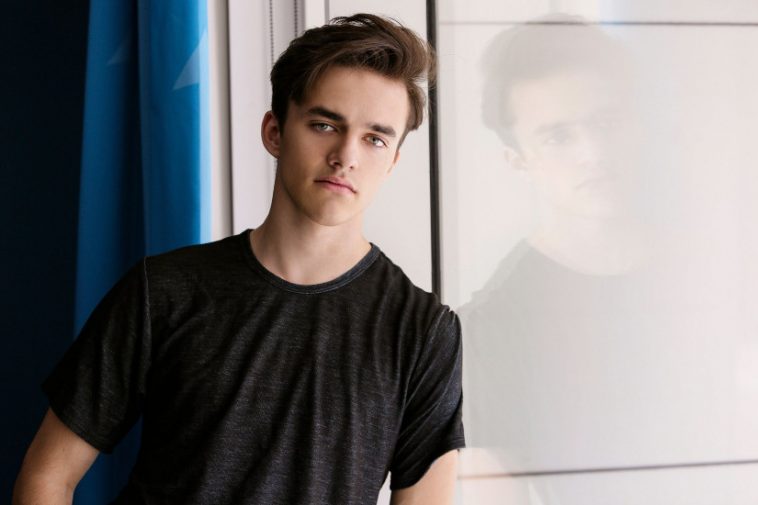 Kyle explains the song’s inspiration, “I sent a message to an old girlfriend to see if she wanted to get together. She read the message but she never replied. I realized that she hadn’t changed, and it sparked this crazy lyric of ‘I should know better, that she’s no better’ and that was my inspiration!”

Kyle is releasing two versions, one a pop mix, the other a rock mix, to get feedback from you. He wants to know which version you prefer. Please register your vote here.

Born and raised in Ottawa, Ontario, Kyle attended music camps early on, at age 3, followed by learning saxophone, guitar, and piano. Later, in his teens, he played and sang in a rock band.

Kyle’s acting career almost didn’t happen. He was 10-years-old when his mother took him to a local audition. Confronted with a long line of people waiting a turn to audition, they decided to leave because Kyle didn’t want to miss hockey practice.

The talent agent spotted Kyle and moved him to the front of the line. The next thing he knew, Kyle was appearing in commercials and catalogs, followed by television and movies. His role on the pilot show for 7 Hills allowed him to combine his musical talent and acting, contributing a song to the show.

Kyle’s status as a celebrity soared when he landed a recurring role on CBC/Netflix’s popular series Anne With An E. In 2019, Kyle released his debut EP, Beats in a Bagel Shop, amassing more than 1 million streams, followed by writing and producing a visual album for the EP, which went on to win silver at the Global Music Awards, as well as being selected by The Orlando Film Festival.

The pop mix opens on shimmering guitars ramping up to wall-of-sound alt-pop savors. Luminous accents and stuttering synths permeate the tune with sparkling, kaleidoscopic hues, while Kyle’ urgent timbres infuse the lyrics with yearning for the unobtainable.

“Know Better” is excellent, rife with raw sonic muscle, a provocative rhythm, and the evocative intoxicating voice of Kyle Meagher. Vote for your favorite version here.