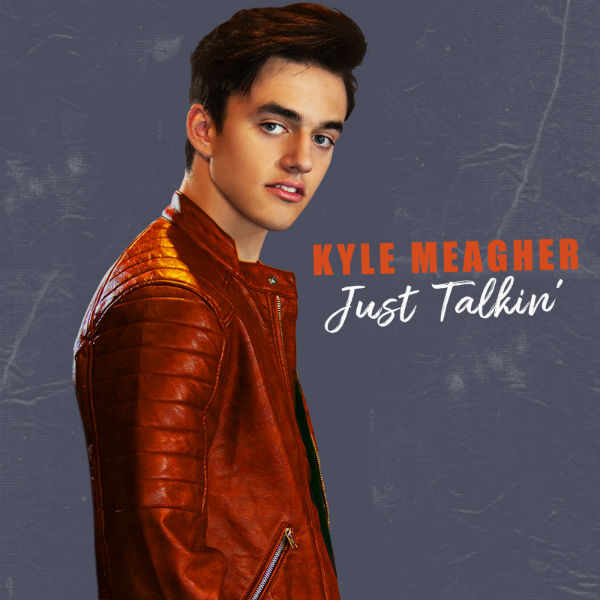 Musician and actor Kyle Meagher introduces the music video for “Just Talkin’,” a song about the electrifying feeling engendered during the preliminary stages of a new romance.

Explaining the video, Kyle says, “I think that the music video really helps to demonstrate that fun feeling of having so many emotions when dealing with a newfound relationship. We were trying to show the fun of early dating and hopefulness.  And the spinning concept and jumping from one room to the next helps to show multiple different sides of a story that no one knows the end to. The playfulness of the song really shines through as well, and I think all in all that this video is the perfect fit for “Just Talkin’.”

Multi-talented, Kyle’s first EP, Beats in a Bagel Shop, accumulated beaucoup streams on Apple Music, Spotify, and YouTube, while his acting gift landed him a starring role on Netflix’s popular, award-winning Anne With An E series, as well as the Odd Squad, Murdoch Mysteries, and a host of television commercials. Kyle has shared the stage with Austin Mahone, Mike Posner, Why Don’t We, Madison Beer, Bryce Vine, and NF.

“But we’re just talking / Letting every word sink in / And if I’m honest / I keep staring at your lips / And I want it yeah I want it / Wanna dive right in / I don’t wanna rush it / If rumors start to spread we’ll say we’re just talkin’.”

Let us know what you think of “Just Talkin'” @CelebMix