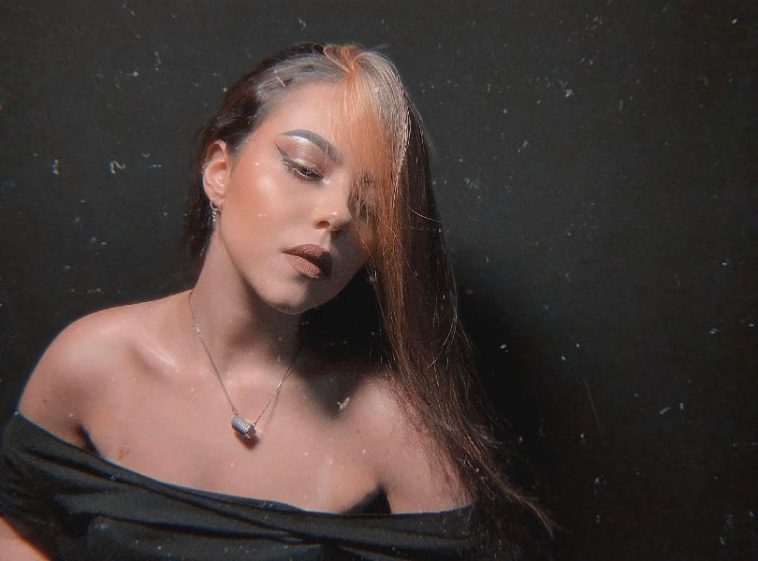 Explaining the song, Violet shares, “‘The Worm’ is the first single out of three leading into the album. I thought it would be a good opening song for this project as it describes in great detail what it feels like to be at a funeral and experiencing the passing of time. I remember how it felt to drive to the hospital every day to see my mom in her death bed and wishing I wasn’t human, wishing I was a more simple being without any complex emotions, wishing I was a worm.”

From Sao Paulo, Brazil, Violet came from out of nowhere to become a YouTube star, releasing cover videos of artists such as Nirvana, Disturbed, and Nine Inch Nails, amassing more than 860,000 YouTube followers. Her cover video of The Cranberries’ “Zombie” collected 12 million views.

Every Sunday, Violet unveils a new video. One of her most recent was her dazzling Goth cover of “Ain’t No Sunshine,” featuring Melodicka Bros, which in two weeks has 119,000 views. Violet followed with “Creatures,” a song from her She Won’t Live project, a collaboration with Toby Wright and Brian Diemar.

While in her teens, Violet immersed herself in singing and the guitar. Enamored with rock music, she put together a number of bands and projects, where she developed her unique voice and sound. After high school, she studied in London for five years, receiving her degree in songwriting.

“The Worm” opens on low-slung energy, dark and potent, followed by the entry of Violet’s bewitching tones, full of beaucoup nuanced timbers, at once sensuous, edgy, and melancholic. On the chorus, radiant backing vocals infuse the lyrics with urgent textures, while Violet’s voice escalates, submerging the lyrics in sumptuous symphonic hues.

Violet Orlandi has it going on! Rich and moody, alluring and mesmeric, her voice is one of the best and most distinctive new voices on the scene.