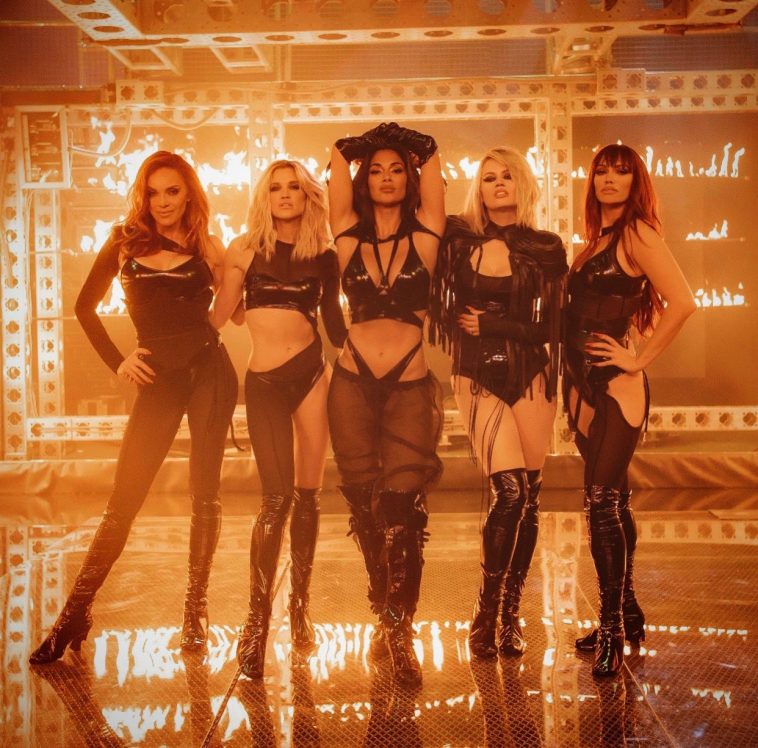 The Pussycat Dolls are back with their sensational comeback single ‘React’ and it definitely does not disappoint.

Produced by Will Simms, Johan Gustafson and Ivares, ‘React’ is the first single from the Pussycat Dolls in over a decade. The striking electro-pop offering is everything we could hope for from the girlband in 2020 – a modern twist on their classic PCD sound.

The track has also been teamed up with a sizzling music video and it is EVERYTHING. Directed by Bradley & Pablo, this jaw-dropping visual sees Nicole, Carmit, Ashley, Kimberly and Jessica serving looks, incredible choreography, and mind-blowing flexibility (1:12 we’re looking at you).

If that wasn’t enough, their visual also replicates part of their phenomenal comeback performance on The X Factor: Celebrity, with the girls being showered in water whilst performing chair-ography.

It’s safe to say that this is one fierce and totally badass music video – the Pussycat Dolls are not playing around with this comeback! Check out the visual below.

The Pussycat Dolls also recently teamed up with Meghan Trainor for a track called ‘Genetics’. The song appears on Meghan’s newly released album Treat Myself.

If you can’t get enough of the Pussycat Dolls, then make sure you catch them on their forthcoming UK tour this Spring. The girlband will be performing in arenas across the UK and Ireland, kicking off in Dublin on April 5.

What do you think of the ‘React’ music video? Let us know all of your Pussycat Dolls thoughts on Twitter @CelebMix