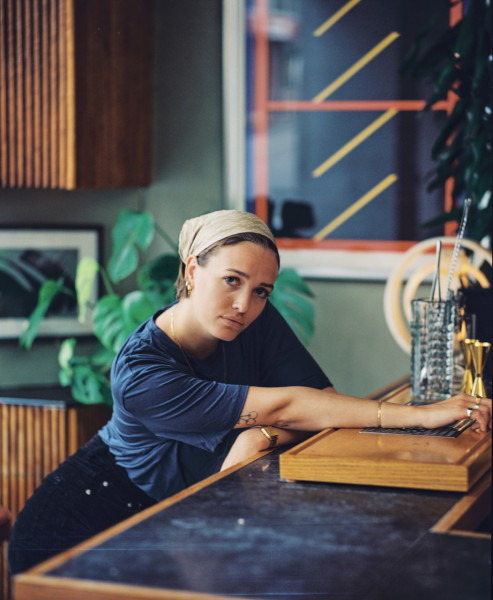 Talking about Spaces, Resa shares, “The EP is a collection of thoughts and feelings I’ve had related to distance, space, gaps, and loss. How we as individuals associate and link to one another and how we navigate in different rooms, boxes: spaces.”

Resa, aka Theresa Frostad Eggesbø, starred as Sonja in SKAM, followed by her role as Saxa in Netflix’s series Ragnarok.

She explains, “The TV shows have been fun to be a part of, but I don’t think that’s what I’m most proud of because that’s not my work – they’re just characters I play. That’s what’s special about [music] – having people around the world understand what I’m trying to say. Like how I felt when I listened to Lana or Joy for the first time, I want them to feel like they’ve been understood.”

Referred to by some as Scandinavia’s answer to Lana Del Rey, Resa’s innovative sound has collected three million streams on Spotify, as well as more than 40,000 monthly listeners on the platform. She’s been featured on elite sites such as The Line of Best Fit, Vervezine, and Bands of Tomorrow.

Born in Dubai, Resa split her childhood in both Norway and Dubai. She studied music at the Liverpool Institute of Performing Arts, where she developed her unique sound, an amalgamation of modern and vintage textures.

“Tendencies” opens on low-slung, creamy tones, at once gleaming and infectious. A fat bassline and crunching percussion give the rhythm a delicious undulating roll. Resa’s evocative, swanky voice infuses the lyrics with warm textures as softly glowing harmonies give the tune alluring dimension.

A shimmering breakdown shifts the seductive flow of the harmonics, and then returns to the luscious melody, rippling with suffused sonic hues.

“Tendencies” is at once bewitching and stylish pervaded by sumptuous layers of sound and the haunting voice of Resa Saffa Park.