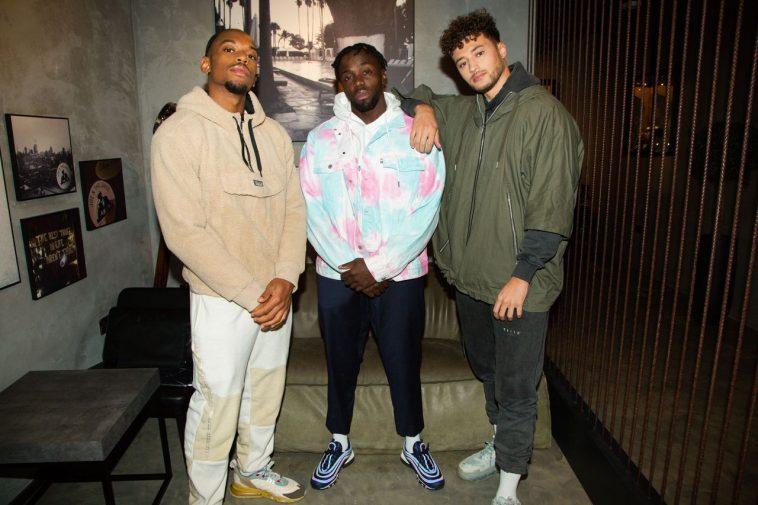 British quartet serve up another slice of innovative R&B on latest musical release.

Rak-Su continue their epic return to pop with the release of their brand new single No Contest – an epic afro-pop inspired mid-tempo bop that’s set to feature on the bands hotly anticipated upcoming third EP.

Produced by P2J (Chris Brown, Beyoncé, Goldlink), and serving as the following up to the infectious Girls Like You featuring Australian pop diva Celina Sharma, No Contest sees the dynamic foursome continue their quest to empower and inspire the masses, with the tracks liberating lyrics calling for females in relationships to not give traction to feelings of insecurity or self-doubt.

“What’s the Rak-Su Vibe?..” Ashley Tebi, Myles, Jamaal & Mustafa ask in unison. “Positive energy! We’re independent and free to just make the music we love & have fun too. And that’s the vibe we want to pass on and the feeling we want to give people. Freedom, positive energy & fun.”

Clearly feeling uplifted and emancipated by their time in the studio with super producer P2J, Rak-Su boldly adopt somewhat of a new musical aesthetic and swag on No Contest; wholeheartedly embracing the magic of afro-pop / afro-rap, by incorporating elements of the genres unique style and sound to create an out-and-out dancehall banger, that becomes more and more addictive with each listen.

Speaking as a collective ahead of the singles release, the boys say: “We wrote this song when the three of us were in relationships, and talking about how sometimes insecurities made our partners feel like they were competing for us when they never had to.”

Sounding more confident and self-assured than ever, Rak-Su continue to buck trends and go against the norm, standing strong in their own lane and blazing a trail all the way to the top charts!

Listen to No Contest below:

Let us know your thoughts on Rak-Su’s new single ‘No Contest’ over on Twitter @CelebMix now!