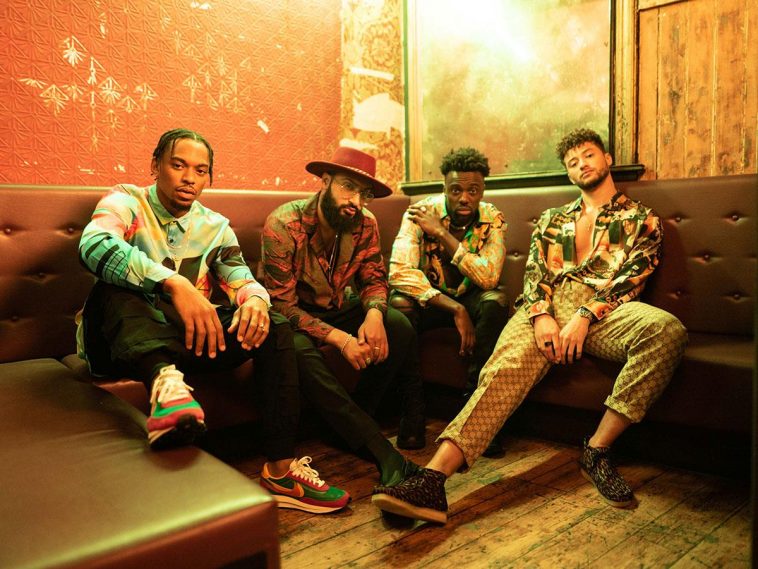 The band looking to the future...

British R&B Quartet Are Officially BACK!

Rak-Su continue their epic return to planet pop with the release of the music video for their brand new single, Girls Like You featuring Australian singer Celina Sharma.

Created alongside Ghanaian video director Scilla Owusu, with styling by Vivian Nwonka, the fun, super-slick clip conveys the songs universal message of self-love and acceptance perfectly – it’s inclusive and celebratory feel, brought to life by a cast of beautiful females all living their happiest and best lives!

“8 billion people in the world, still they can never clone you girl…”

As a band known for championing each of its members unique and individual personalities, Ashley, Jamaal, Myles and Mustafa are seen throughout the video delivering the tracks empowering lyrics solo, in four ultra-modern looking lounge areas; each designed to reflected their own personal styles, before joining forces towards the end of the clip to perform together as collective – their undeniable chemistry as both bandmates and friends evident for all to see.

Watch the music video for Girls Like You below:

Rak-Su: Back on the road…

Having originally announced details of their second UK and Ireland tour back in December 2019, the ongoing COVID-19 pandemic has meant Rak-Su have had to reschedule dates for a third time now – with the R&B supergroup planning to take to the road in September 2021, playing headline shows in Dublin, Newcastle, Manchester, Birmingham, London and Bristol.

Original tickets remain valid for the corresponding new dates, with the remainder of tickets on sale now.

Let us know your thoughts on Rak-Su’s new music video for ‘Girls Like You’ over on Twitter @CelebMix now!