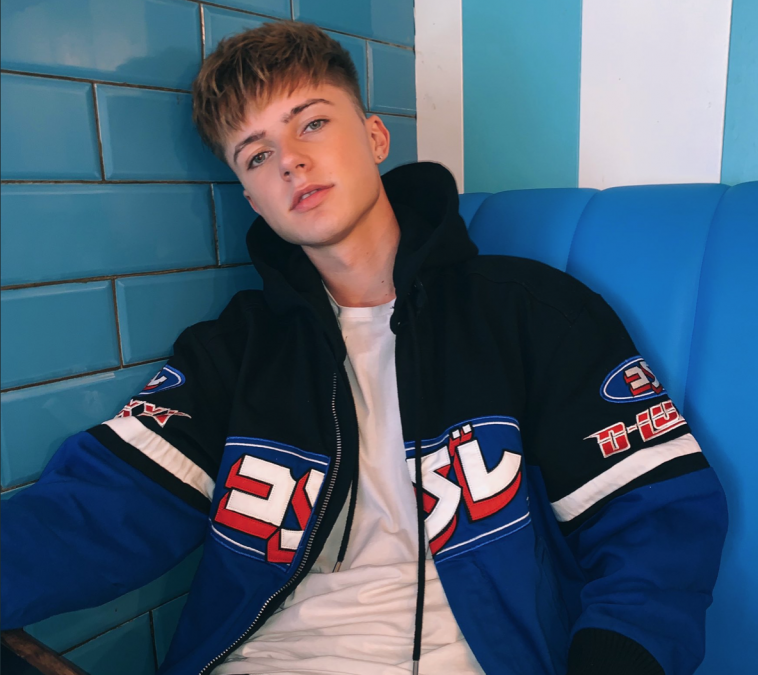 As HRVY readies fans for latest track ‘Good Vibes’ featuring Matoma this Friday, CelebMix casts an eye back on the rising star’s best collaborations to date.

In the run-up to this year’s hotly-anticipated debut record, Can Anybody Hear Me?, HRVY fans will get the latest taste of what the album may sound like this Friday. ‘Good Vibes’ sees a team-up with Matoma, the man behind summer smashes such as ‘All Night’ with The Vamps, ‘False Alarm’ with Becky Hill, and many more. ‘Good Vibes’ is available to pre-save now.

It’s the latest feature from the pop star after a string of viral hits and chart positions. From Jonas Blue to NCT Dream to Danna Paola, CelebMix is on hand to rank the 21-year-old’s 10 collaborations to date.

Throwing it back to 2017 to kick things off, ‘La La La La’ featured on HRVY’s debut EP, Holiday. Tropical pop that marked the start of the singer’s recording career in full, these roots can still be heard in releases today, the infectious flick came with a holiday-ready music video. A catchy effort fans will never get bored of.

Dancefloor filling hit alongside heavyweight producer R3HAB, ‘Be Okay‘ hit services this summer. Yet to be taken out on the road and brought to life at the live shows, the track is no doubt one which will climb the list in months to come. Nonetheless, its poignant message behind the trademark R3HAB drop came at the perfect time after a testing 2020 for all.

Perhaps an underrated HRVY collab, in 2019 the singer hopped onto Mexican singer and Elite star Danna Paola’s ‘So Good‘ for a remix. With hispanic flair and a music video whose visuals are to-die-for, ‘So Good’ had fans desperate for the summer months upon release in January last year.

The singer’s debut single, ‘Thank You’ aside, ‘Holiday’ is a fan-favourite and highlight of the HRVY live show. Redfoo, from LMFAO and ‘Party Rock Anthem’ fame, jumps on this one. The lyrics of “flip-flop, cocoa butter, music everyday” can’t get much more cheesy, but that’s exactly what makes ‘Holiday’ so good – a guilty pleasure.

A track which will have soundtracked many HRVY fans’ quarantine months this year, ‘Unfamiliar‘ is a collaboration with a slight twist on past successes. Production duo Seeb bring in the deep vocals of Goodboys to join HRVY on this one, with pulsing dark production making it a real winner.

Having joined serial hitmaker Jonas Blue on stage at Capital’s Summertime Ball and included covers of the DJ’s tracks in his setlist, a Blue x HRVY team-up had been a long time coming. In September 2019, it finally came to light with ‘Younger‘ – a track Blue noted “just felt like the right song” for the collab. ‘Younger’ hit the dance charts and came with a Miami pool party music video that you’d do anything for an invite to.

4 – ‘Somebody’ with Sigala & Nina Nesbitt

Just missing out on the top three is ‘Somebody’ with Sigala and Nina Nesbitt. The 2018 single featured on the producer’s Brighter Days record and has HRVY and Nesbitt apologising for past mistakes. A Vevo live performance saw the two Brits’ vocals shine and gave the song a new lease of life last July.

A feature destined for the top three of the countdown, ‘Hasta Luego’ seems to have been around much longer than two years. The 2018 collaboration with Malu Trevejo could well be HRVY’s most catchy effort to date and is a surefire winner when it comes to the live show. The release had the hard task of following up on ‘Personal’, but did so well.

The worlds of NCT DREAM and HRVY colliding was only going to ever end well. With harmonies galore and a music video whose crisp choreography and bright colours could well make it the British singer’s best, ‘Don’t Need Your Love’ had fans across the globe in a frenzy. We challenge you to listen to this one and not be singing it all day.

At the top of the pile is ‘I Miss Myself‘ with Swedish production duo NOTD – dance-pop doesn’t come any stronger than this. The track has been given the full treatment with remixes, a dance video and performances across the world – including one of the highlight moments from 2019’s Radio 1 Big Weekend set. It’s fought off fierce competition to make it to number one, but rightfully so.

Agree with our ranking? Where do you see ‘Good Vibes’ with Matoma, released this Friday, slotting in? Let us know @CelebMix on Twitter.