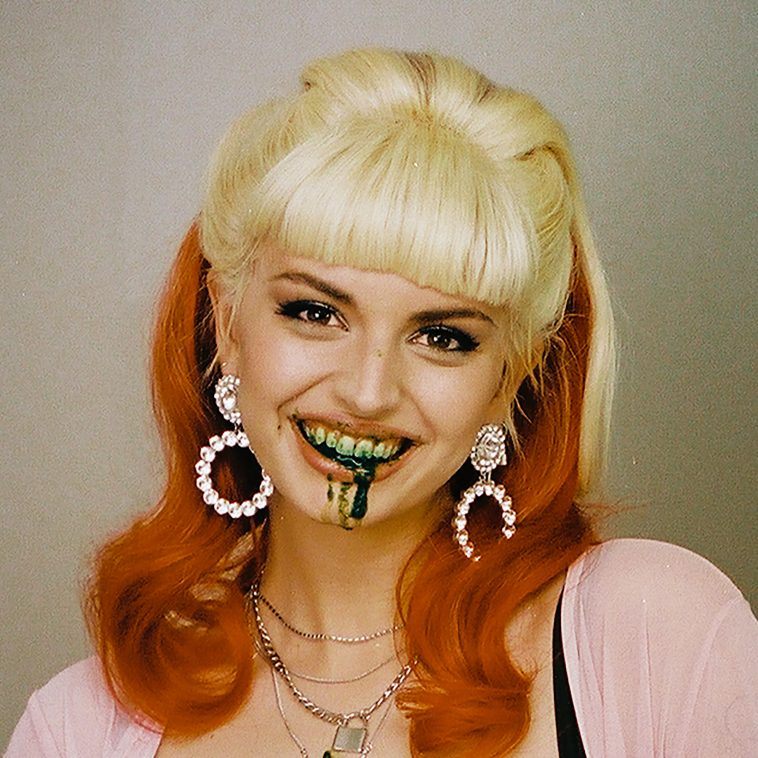 If you’ve been living under a hyperpop rock, the last time you saw Rebecca Black will have been as she ummed and ahhed over which seat to take on her way to school of a ‘Friday’ morning.

If that’s the case, then on Rebecca Black Was Here you’re in for a riotous surprise.

For fans who have followed the 24-year-old over the past 12 months, the swaggering hyperpop of the star’s new EP won’t be a shock at all – Black had set herself a high bar.

A sneering attack on the alt-right which landed with a meme-inspired music video, it blasted that old image of the sickly-sick ‘Friday’ singer into oblivion.

Since then, the star has revelled in having a clean slate and took a diver into a world of queer underground hyperpop – she roped in Electra, Big Freeida and 3OH!3 for a crashing remix of her 2011 hit in February to make that switch abundantly clear.

From that point onwards, Black has set about establishing herself as an artist in her own right in this new world.

Rebecca Black Was Here is the product of that journey.

It’s an eclectic six-track effort which draws on references from across the years, but the one thing that doesn’t change is Black’s confidence.

Opener ‘Better in My Memory’ is a sultry re-writing of the past as the singer sets about “reprogramming out history so it’s perfect in my mind”.

Elsewhere on the mini-record, ‘Blue’ is as close as you’ll get to a love song as the singer wallows in a moody production to come to terms with a break-up.

Lead single ‘Girlfriend’ sees Black stride as close to the bubblegum pop of her childhood as she dares, and when you’re sitting on a hook that killer why wouldn’t you?

Where Rebecca Black Was Here really comes alive is when the singer fully embraces this new world she has found herself in.

‘NGL’ is a piece of pulsing hyperpop perfection produced by Glitch Gum which is dying for a music video.

Without doubt, the EP’s knockout moment is the single ‘Personal’ where Black amps up the autotune and goes wild on synths – it’s a real moment.

The pioneering Weston Allen, who has become a regular collaborator for the reinvented Black, was on hand to provide his trademark visuals for the track’s music video in April.

Alongside Allen and her new band of creators, Rebecca Black has found a new home.

In a cramped hyperpop world, the star has managed to find her own corner and it’s brilliant to hear.