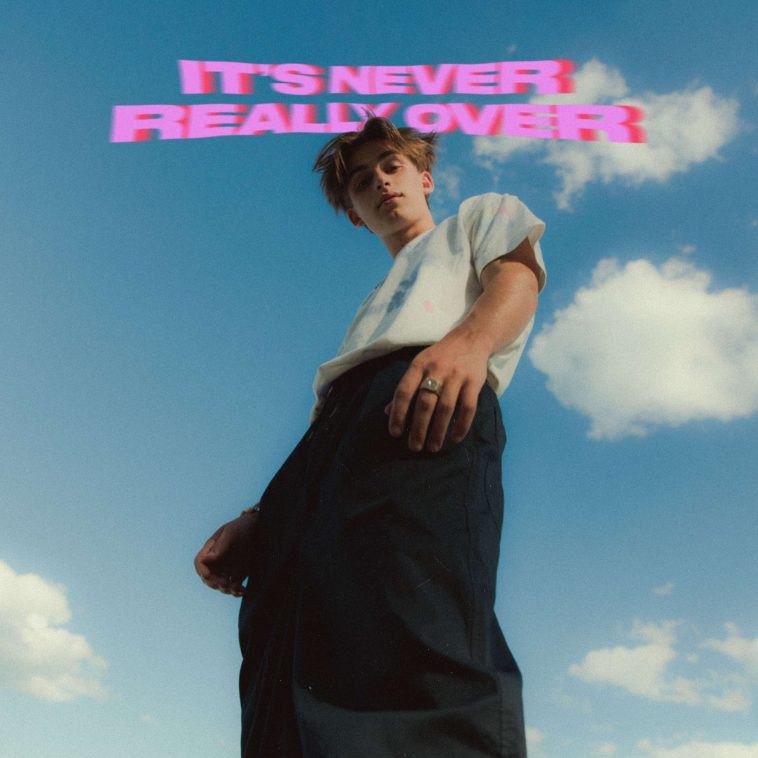 Since the age of eight, fans have watched Johnny Orlando grow up as a rising star.

Now, on It’s Never Really Over, the 17-year-old completes the tricky transition from one-to-watch to certified pop star in his own right.

No longer are the regularly made comparisons between Orlando’s early days and the likes of Justin Bieber and Shawn Mendes needed. As of today, the singer has graduated from the school of child protégé and has entered the big game.

That move is no coincidence either, it’s one Orlando has manifested. “When I released my freshman EP Teenage Fever, I thought that would be the apex of my development,” he reflected on Instagram to mark release. “I have now come to realise that I am still constantly developing who I am, what I like and what I want to create.”

“With this project I want my fans to know that everybody experiences the same terrifying reality of being thrown into the real world. There is a point in your life where you finally say goodbye to your childhood and your innocence. This project is my farewell.”

Whilst a 17-year-old bidding a farewell to youth is a little melodramatic on the surface, what the singer means is a goodbye to the teen pop of ‘All These Parties’ and ‘What If’ that have punctuated his career thus far.

Instead, Orlando takes the reigns on his musical direction and the result is big, current pop music.  ‘Everybody Wants You’ is without doubt the pop star’s best release to date with swooshing choruses and ingenious hooks. ‘Adelaide’ follows a similar recipe to cook up a flick that will come to life at live shows.

At other moments on It’s Never Really Over, the pop star is more introspective than ever before. He asks himself the question: what does it feel like to hit adulthood in 2020?

On ‘Flaws’,  his answer to that is an intimate sit down with fans to tackle the reality of fame and conclude that, “if I made a list of all my flaws, I bet it looks like everyone else’s”. Similarly, ‘Bad News’ is a reluctant acceptance that despite all the growing, “I thought I knew how to love, but baby I was born to run”. Elsewhere, singles ‘Phobias’ and ‘See You’ are clever inclusions to tie between the old Orlando and the new.

This is far from an EP just for Orlando’s fellow teens. It’s a sonic success that deserves to reach chart heights, indeed ‘Everybody Wants You’ currently sits pretty in the Canadian radio top 25, and also a look into the generation whose lives the events of 2020 will go on to shape the most.