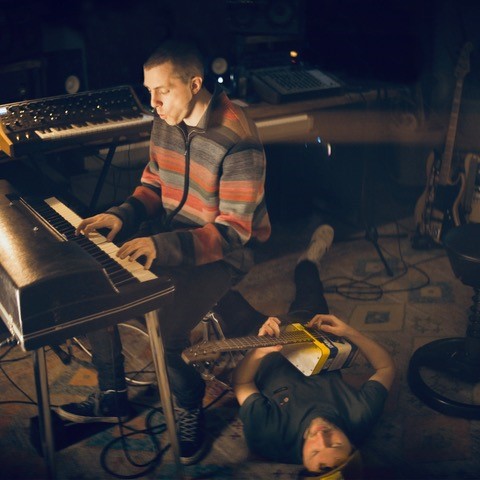 Instead of sighing and lamenting the implosion of the relationship, River converts heartache into an opportunity for a renaissance.

According to River, “Inappropriate” reveals a philosophy of “not letting yourself get dragged down only because life doesn’t play by your rules.”

They explain it like this: “This song is like traveling back in time to when we were still kids living each day to the fullest, not a care in the world. Not taking life and ourselves too seriously can be a lot harder than expected but with just the right bit of distance it’s a lot less drama than you think.”

With their tongues planted firmly in their cheeks, the duo defuses the melodrama attached to being unexpectedly dumped by one’s romantic partner, imbuing the lyrics with whimsical wordplay vis-à-vis the untimely and wholly boorish announcement that the relationship has expired.

The video, directed by Jarred Figgins, depicts a beautiful young woman immediately after she’s been cast off. Dropping her ice cream cone, she jumps in her Mercedes convertible and drives down the highway. As she struggles with her emotions, the very act of cruising down the road implies her newfound freedom.

“Inappropriate” opens on a dynamic indie-pop rhythm topped by layers of pulsing colors. With hints of new wave flair running through it, the tune thrums with contagious textures, while luscious, deluxe vocals rife with tasty timbres relate the insensitivity of the situation.

Rippling with infectious hues of throbbing energy, “Inappropriate” offers alluring waves of sound, along with a capricious view of breakups.