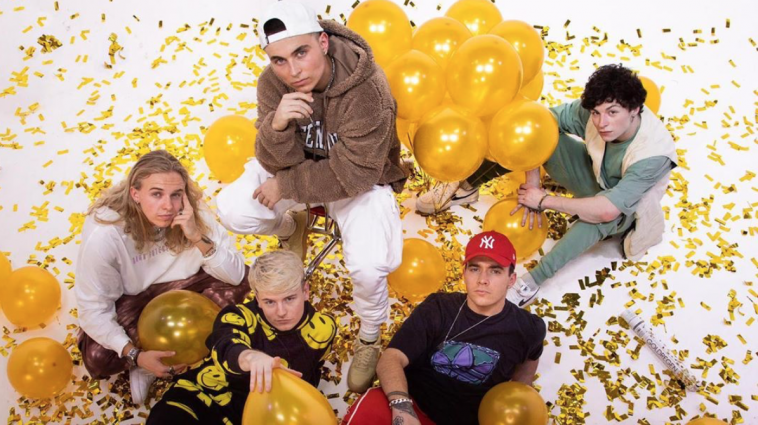 RoadTrip are back with the first taste of new music in 2020.

Kicking off the White Label EP with a music video for ‘Me And You’, the boyband premiere the video on YouTube today. The follow-up from 2019’s number one Dynamite EP, the track begins a new era and new sound for the viral five-piece of Andy, Rye, Brooklyn, Sonny and Harper.

RoadTrip’s trademark plucky pop meets an electro-tinged chorus for the band’s most exciting sound yet. Promising their best EP to date online, Rye took to Instagram to say:

“This day has been a long time coming… about five years since we’ve wanted to release music that we really love and would genuinely listen to.”

“It’s a taste of what’s to come. We’ve got a lot more involved in the writing process and do a lot more ourselves. This stuff is cool!”

Hitting Apple Music on Spotify this February 28th, the White Label EP drops just two days ahead of the band’s landmark headline set at London’s O2 Shepherd’s Bush. The single date at the 2,000 capacity venue is a one-off night for fans to hear the hits old and new at RoadTrip’s biggest show to date. Tickets are still available now on Ticketmaster. Want to know what to expect? Check out CelebMix’s review of RoadTrip’s show at Newcastle University’s Students Union last year.

Teeing up an exciting 2020 to build on a 2019 which saw RoadTrip eclipse U.S. pop juggernaut Taylor Swift in the charts, hit one-million YouTube subscribers and tour the country – there look to be exciting times ahead for the boyband. Speaking on the band’s recent successes to CelebMix last October, Sonny reflected:

“Right now we are the best we’ve ever been but we always want to make sure we are taking steps forward. At the moment, we definitely are. We always want to keep pushing.”

Are you excited for the new RoadTrip era? Let us know @CelebMix on Twitter.