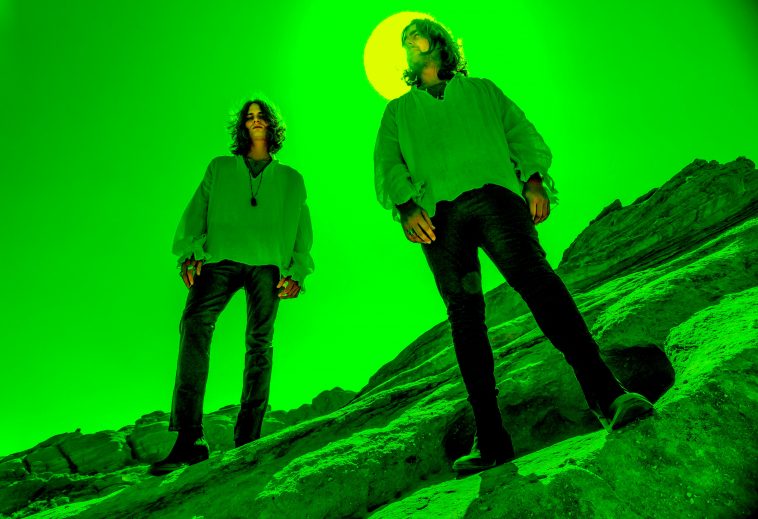 Dropping their third indie electronic rock single, titled “Desert Island”, is Royal Prismatic, who shine throughout this release by championing a metaphorical place where one can take time out and be happy with one’s self. This follows up their previous single “I Can’t Remember”.

Royal Prismatic are an alternative electro-rock duo consisting of Nicola Wincenc and Aidan Dolan. They launched their debut single, “Get On”, just a few months ago in August, and yet they are creating an awesome buzz around them, with the debut single hitting Spotify and Apple Music playlists, as well as their follow-up song, “I Can’t Remember”. They have been building their fanbase, connecting with various listeners over Instagram and TikTok, and are easily showcasing their passion for the music they release.

Written by Aidan Dolan and Nicola Wincenc, with Robert Carranza acting as Producer, “Desert Island” has an inspired indie ’00s vibe going for it, mixed with electronic chords to warp it into the current era, with added emotional integrity from the lyrics. Royal Prismatic impresses with the lyrics alone, poetic imagery runs throughout, transporting the listener to this desert island where thoughts and feelings are understood and reflected upon in the best way possible. Add that awesomeness to an unforgettable rhythm filled with guitars and electronic beats, and “Desert Island” is the exact song we didn’t realise we needed to hear.

Talking about the track, the duo said: “No matter how much you love someone, it’s important that they can give you your personal space and alone time. ‘Desert Island’ is a metaphor for that happy place where you can be alone, enjoy what you love, and reflect on yourself. Whether it’s your office where you build model trains, your favorite spot outside to read a book, or the place where your mind goes when you meditate, it’s a place that helps put you in a state of mind to sort through your feelings and be happy all by yourself.”

“Desert Island”, by Royal Prismatic, is available to download and stream across all platforms, right now, via Twilight Safari Records. The duo are set to release their fourth single in December, with their debut EP expected in March 2023.

Let us know what you make of “Desert Island” by Royal Prismatic on Twitter @CelebMix.