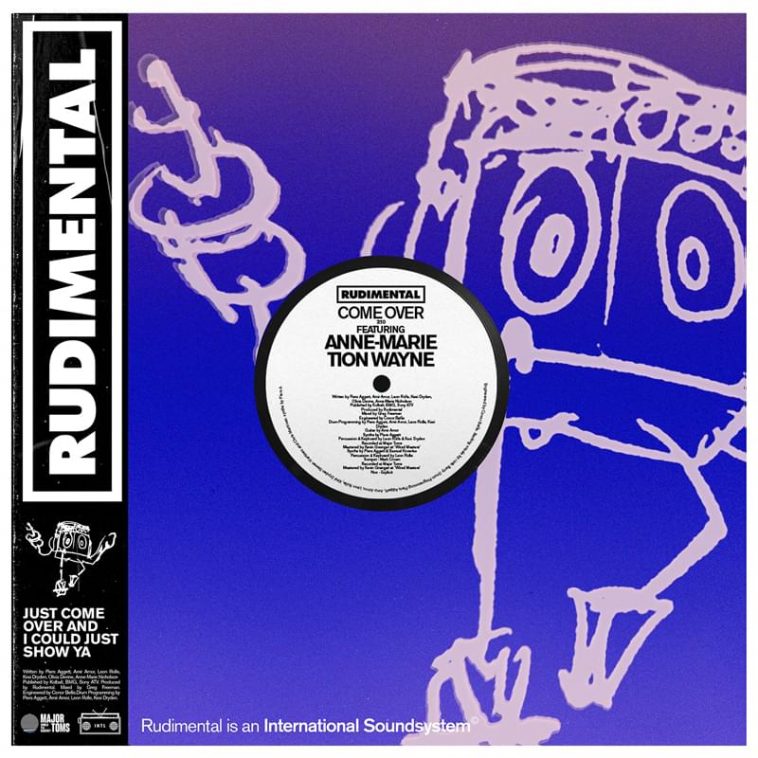 Rudimental have unveiled a live video for their upbeat, summer garage anthem Come Over featuring Anne-Marie and Tion Wayne.

The track showcases Anne-Marie’s beautiful since vocals, sing about reminiscing on wanting to go back and prove to someone what you’ve learnt about yourself and love in the time you’ve been apart. This is highlighted through lyrics such as “I got regrets, never gave you respect, should’ve shown you that I cared” as they look back on the past relationship and where it went wrong. Anne-Marie continues by trying to persuade the previous lover that she’s grown since it ended “baby now I’m older, and my love’s much bolder“. Tion Wayne’s rap verse compliments the singer’s tones, transitioning smoothly during the course of the release. With the trumpet and saxophone involvement; it provides a really, soulful, feel-good edge to the track as you get ready to stand up, sing- along and prove to someone that they should give you a second chance.

It’s clear that all involve in the video are giving their all as if this is a full live show to a packed-out venue rather than the just the very limited audience on the day. Speaking about the live video, the group explained it was filmed at FOLD in London. With a number of clubs and venues currently unable to operate to their full capacity or even at all due to restrictions upon them at the moment, artists are finding new ways to support some of their favourite venues. In addition to this, Rudimental filmed the official ‘Come Over’ music video at The Printworks in South London. It follows the journey on London’s public transport to an empty venue which soon becomes the place to be. Check it out here.

The Save Our Venues campaign is organised by Music Venue Trust and is representing independent venues across the UK who without action and support will face closure. To find out how you can show your support to venues in your local area or the national campaign head to their website HERE. Another movement which you may have seen your favourite artists including Rudimental promoting is #WeMakeEvents promoting the urgent need for local and national governments to support the live events sector. To find out the ways you can help to get involved, head to their website.

‘Come Over’ is taken from Rudimental’s forthcoming fourth studio album, for which no release date has been announced. The track follows singles ‘Easy On Me’ with The Martinez Brothers and ‘Krazy’ with Afronaut Zu which were released earlier this year.

You can download and stream ‘Come Over’ from HERE.

What do you think about Rudimental’s new track featuring Anne-Marie and Tion Wayne? Tweet us @CelebMix and let us know!