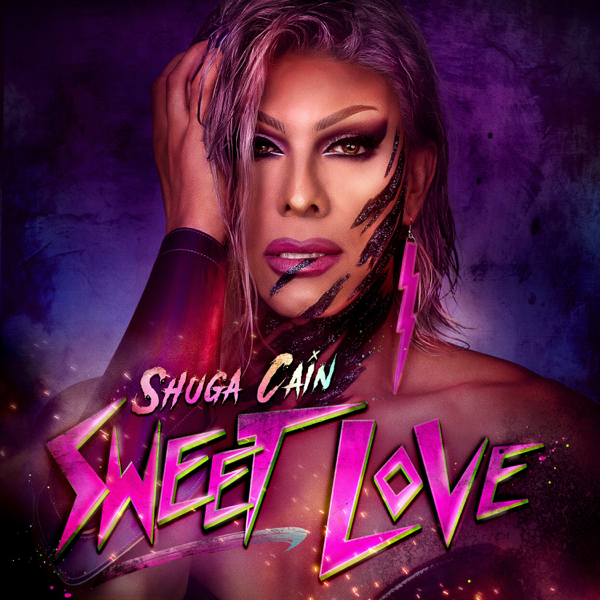 Another RuPaul’s Drag Race star has dropped music and we are living for it, “Sweet Love” is the debut single from season 11 queen, Shuga Cain. Many of the Drag Race contestants have gone on to release brilliant songs and this is one we’re be playing on rotation, for sure.

Shuga Cain is the stage name for Jesus Martinez, and is best known for competing in the 11th season of RuPaul’s Drag Race, where she came seventh. We first came across her on Drag Babies and have followed her ever since and totally supported her throughout Drag Race. Her debut single “Sweet Love” is beyond addicting and we can’t wait to see what she releases next.

According to Spotify, the song has been written by Darren Burgos, Jesus Martinez, and Paulo Ramirez. As for the accompanying music video, that has been directed by Julian Roca-Chow with Honey Davenport acting as assistant director and Preston Burford acting as VFX Director, whilst Cheyenne Picardo acted as director of photography. The choreography came from Jack Mountford and Oliver Gonzalez-Yoakum. Shuga Cain was joined in the visual by six dancers who were Anthony Eugene, Oliver Gonzalez-Yoakum, Jeffrey Gomes, Shoshanna Babitt, Megan Campbell, and Zachary Flores.

Impressing us with her voice, Shuga Cain brings it for this track, “Sweet Love”. The lyrics has us singing along by the end of it and the chorus certainly reminds us of Alex Party’s “Don’t Give Me Your Life”. Full of ’90s dance music with Shuga Cain’s infectious vocal adding R&B vibes and a productions number that fleshes it out to make it current, this deserves to be on everyone’s party playlist. Shuga Cain will get the party started with “Sweet Love”, we’re sure of it.

The music video accompanies the track well, starting with an opening narrative scene that sees Shuga Cain in both the role of a fortune teller and the customer. The customer then comes across a guy she likes and ends up walking into a lamppost that transitions us all into a dream-like fantasy where she’s dancing with the guy she likes. At this point, the choreography gives us life, showcasing Shuga Cain perfectly. The ending sees her interacting with the guy she likes and holding hands with him. She serves some fierce and memorable looks throughout these scenes that really spotlights the entire video and turns it into one we won’t ever forget. Beautiful, stunning, and gorgeous, this music video has it all, and Shuga Cain is a total star!

What do you make of Shuga Cain’s debut single “Sweet Love”? Let us know on Twitter @CelebMix.