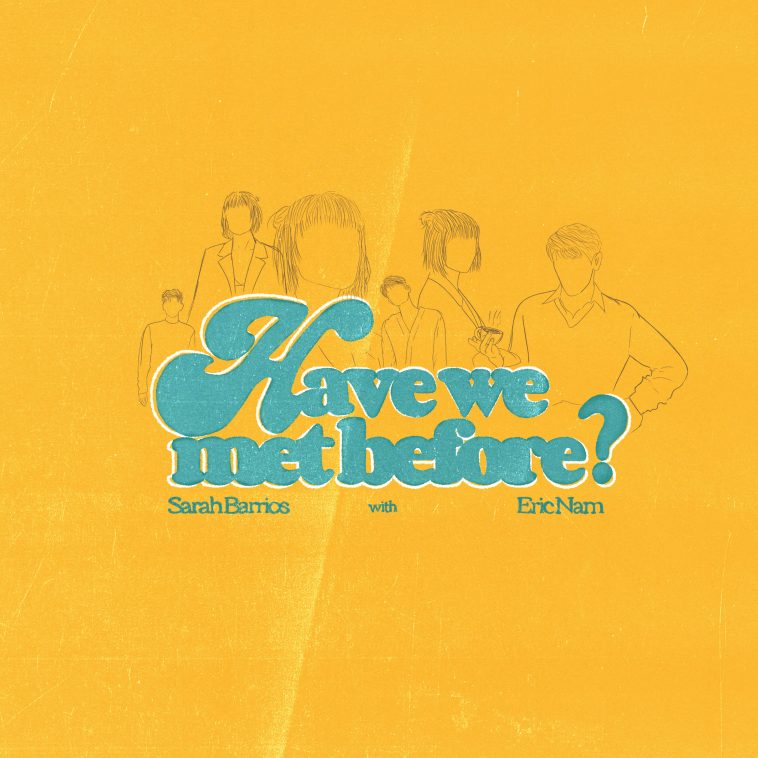 Sarah Barrios is a creative force to be reckoned with having released some fantastic songs. And now she’s teamed up with Eric Nam to release the beautiful “Have We Met Before.”

“I really wanted to capture the idea of two people being so meant for each other that in every lifetime, in every universe or alternate reality, they seem to always find one another and fall in love. There’s just something really beautiful about a love like that.”

“Have We Met Before?” was written by both Sarah and TikTok influencer, Vaultboy and was produced by Hampus Lindvall (Zara Larsson, Sandro Cavazza, Nea, Benjamin Ingrosso). Vocally performed by both Eric Nam and Sarah, it’s a song that embodies a romance that transcends all time. “Have We Met Before?” is not the first time Eric and Sarah have written music together as Sarah co-wrote Eric’s single, “I Don’t Miss You” ( also known as “Miss You”) which has been streamed over 15 million times on Spotify.

“Very excited to be releasing this song with Sarah who I have always admired and respected as a talented singer and songwriter. The beauty of the human experience is that we come across so many people in our lives, and every once in a while, we find someone who we connect with and understand in so many ways it’s uncanny. In a time and age where it feels as if we come across so much unfortunate news, I hope this song leaves listeners optimistic about connecting with new people.”

Let us know if you love the track as much as us on @CelebMix!