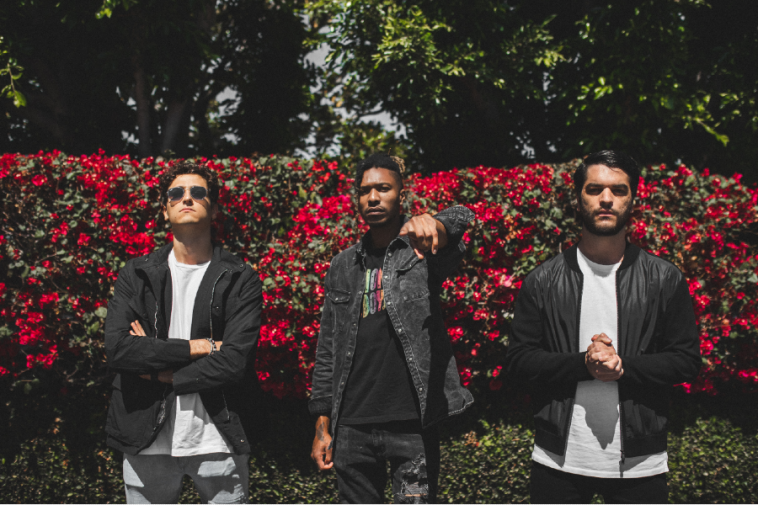 Renowned for his potent amalgamation of hard trap and ferocious bass, Los Angeles-based SAYMYNAME, aka Dayvid Sherman, grew up in a musical family, listening to a vast array of music. After graduating from Chapman University, he immersed himself in EDM, while working at Guitar Center.

When not working, he was in the studio, laying down tracks and developing his unique sound. Later, he signed to Paradigm Talent Agency. Dipping his toes into trap and hardstyle music, he jumped into hardtrap. Hailed as the Godfather of hardtrap, his sound attracted heavyweights such as The Chainsmokers, DJ Snake, Martin Garrix, Tiesto, and Carnage, as well as Skrillex, Flosstradamus, GTA, Party Favor, NGHTMRE, Slander, 12th Planet, and David Guetta.

In 2013, he took the title of Insomniac Events Discovery Project winner. He’s since performed at Insomniac’s Basson, and EDC Las Vegas.

ANG’s dynamic productions include working with mega-stars like Bassjackers and Dash Berlin, releasing on labels such as Spinnin’ Records, Rave Culture, Revealed Recordings, and Armada Music.

“Lose Control” opens on electrifying colors flowing into a powerful, magnetic rhythm topped by waves of sizzling, bright sounds intertwining into glossy, heady leitmotifs full of surging energy. Then the harmonics shift, dropping into a gleaming, shimmering symphonic current, followed by ramping up on whooshing coloration saturated with a fat bassline.

SAYMYNAME and ANG have it going on, dishing out live-wire, across-the-board compelling music.

Reflecting its title – “Lose Control” – the track brings together the thrust of EDM and the hard-hitting brawn of electro-big room.