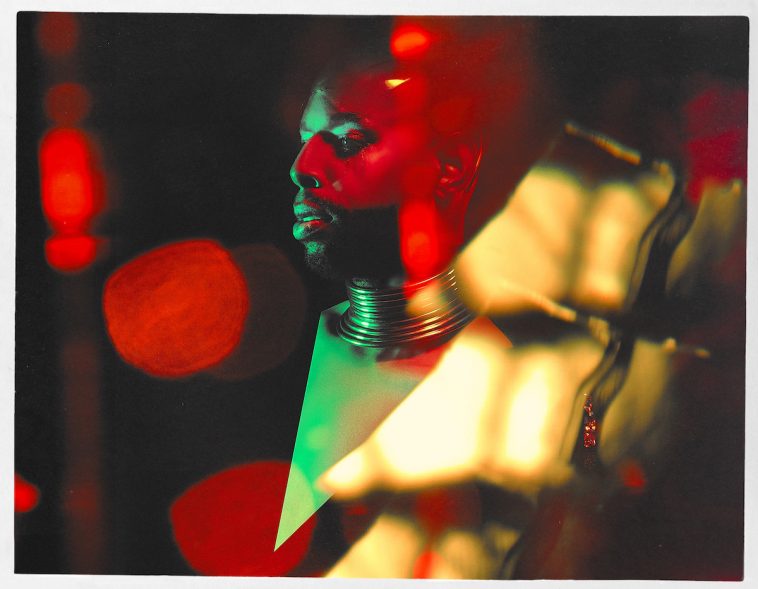 Complex and provocative singer and performer Sean The Star Emperor has just shared his latest single. Entitled “Typical Male”, the rich and enthralling song is a cover of Tina Turner’s track of the same name.

In “Typical Male”, Sean sings hushed whispered verses that soon culminate into a soaring chorus of passion. With dungeon inspired soundscapes, EDM-drenched beats and an intrigue of sensuality, “Typical Male” is a captivating must listen. On the release, Sean was “inspired by my love of wordplay. “Typical Male.”. What does that mean in today’s world? What does a man mean in my eyes? Am I the typical male, is he the typical male. Is she? Are they? I took these questions even further with the video, where I’m not even human. I have men in hazmat suits invading my crash landed spacecraft!” The accompanying visuals stun with pulsating lights, haunting imagery and evocative choreography.

Sean The Star Emperor is influenced by his heroes Grace Jones, Donna Summer and Lady Gaga. The self described “dance monarch” is a multiple award nominee who thrills audiences with his unique musical interpretation.

Take a listen to Sean The Star Emperor’s “Typical Male” now and tweet us @celebmix your thoughts.