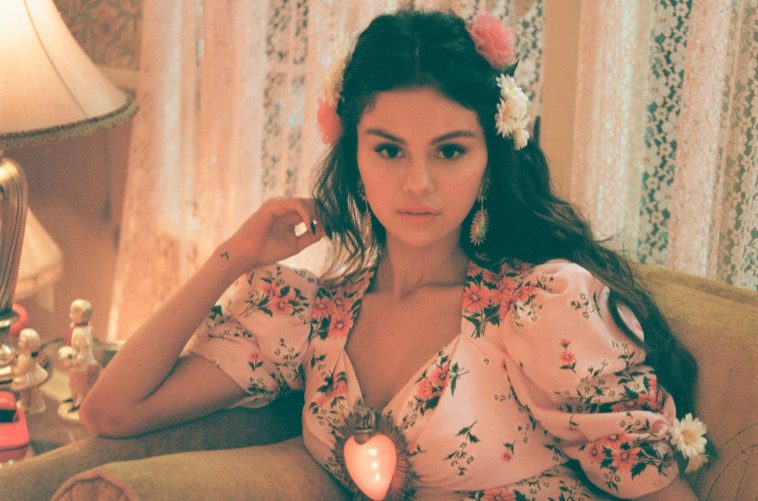 “De Una Vez” – which translates to “At Once” in English – is a catchy pop song borrowing elements from Latin music, and lyrically discusses love, self-worth and empowerment.

On social media, Selena wrote: “‘De Una Vez’ is out now. This is the beginning of something I’ve wanted to explore for so long.

Alongside the single release, Selena also dropped the song’s official music video, which documents her personal evolution of healing in a mysterious-looking house.

The clip takes influences from the concept of magic realism, with Selena also wearing a milagro throughout, which resembles the Sacred Heart. Due to the ongoing pandemic, the video was shot remotely.

“De Una Vez” is speculated to be the first single from an upcoming Spanish-language project from Selena, which is said to be either an EP, or possibly an album.

Although Selena usually releases music in her native English, this isn’t the first time she’s dabbled with the language of Spanish.

The singer released Spanish versions of her songs “A Year Without Rain” and “Who Says” with her previous band Selena Gomez & The Scene, and also provided vocals to a remake of the late Selena Quintanilla’s “Bidi Bidi Bom Bom” in 2012.

If that wasn’t enough, she even sung a few Spanish lines in her collaboration with DJ Snake, Ozuna and Cardi B, “Taki Taki”, which dropped in 2018.

The release of the new single comes after Selena released her third studio album “Rare” last year, which spawned the US number one single “Lose You To Love Me”.

In 2020, she also teamed up with Trevor Daniels for a remix of “Past Life”, and K-pop girl group BLACKPINK for their single “Ice Cream”.

Selena Gomez’s new single “De Una Vez” is officially out now, and you can listen to it and watch the official music video below: