Selena Gomez is back! The “Back to You” singer has been out of the spotlight for a few years, focusing on directing and her health. Now she is back with TWO new singles.

Her comeback single, “Lose You to Love Me,” was released on 10/23 and reached number one on iTunes. She teased the single for a few days on her social media.

The song is rumored to be about her on-again-off-again boyfriend Justin Bieber. Bieber got engaged to Hailey Baldwin two months after him and Gomez broke up. It talks about being in a toxic relationship and finally getting out of it. She is now happy and loves herself.

Many celebrities and friends, including Niall Horan and Taylor Swift, praised Gomez for the song. Below is Swift’s reaction to her best friend’s ballad. 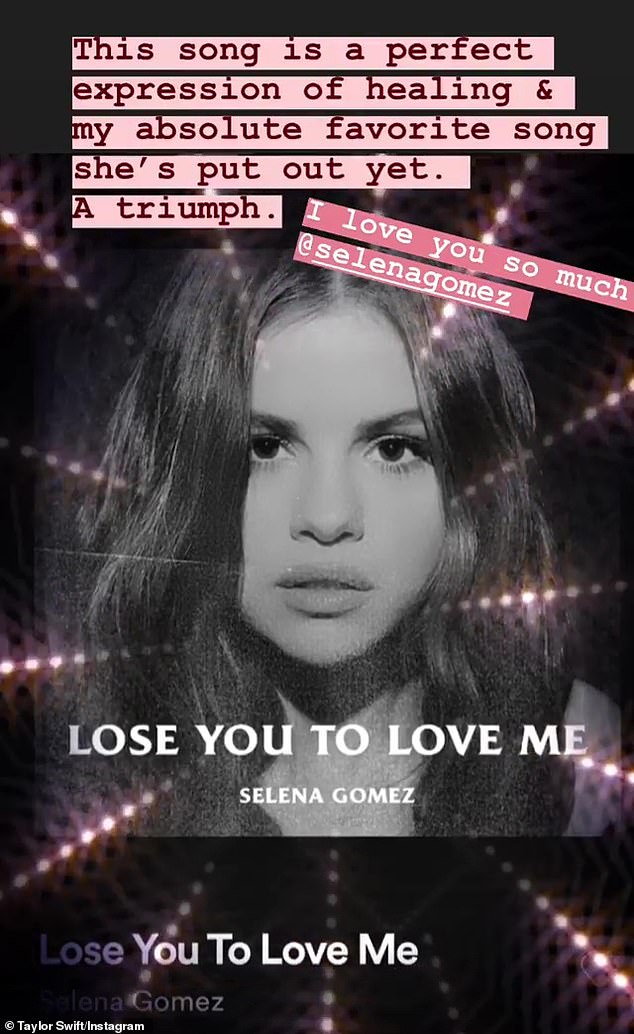 “Lose You To Love Me” has been dubbed by fans as “Out of the Woods” By Taylor Swift’s younger sister because the message of both is ‘she lost him, but she found herself and somehow that was everything.’

Lose you to love me is out of the woods cousin ?? #LoseYouToLoveMe

Just when you were finished crying over the masterpiece that is “Lose You To Love Me,” Gomez surprised dropped another song for her ‘ride or dies.’

And here’s my special gift to all of my ride or dies! I created this with Apple especially for you. Y’all have been through it all with me and I thank you for pushing me to be the best. Look At Her Now is out now. ?? #ShotOniPhone

“Look at Her Now” was released on 10/24 and is a totally different sound from”LYTLM.” This upbeat track shows the other side of the story. It is happy and an empowering girl anthem.

She stuns in a long, blonde ponytail and flawless dancing.

Both videos have the hashtag #ShotOnMyiPhone. “LYTLM” makes sense, but that’s a pretty talented iPhone for “LAHN.” Maybe it’s for a partnership with Apple.

We are so here for the happy, powerful, girl boss that is Selena Gomez. We cannot wait to hear what she releases next. Will it be tonight or in a month? No one knows but keep your eyes and ears peeled, Selenators. She is back in full force and is not letting anyone take away her power.

What do you think of the new songs? Let us know on Twitter at @CelebMix.