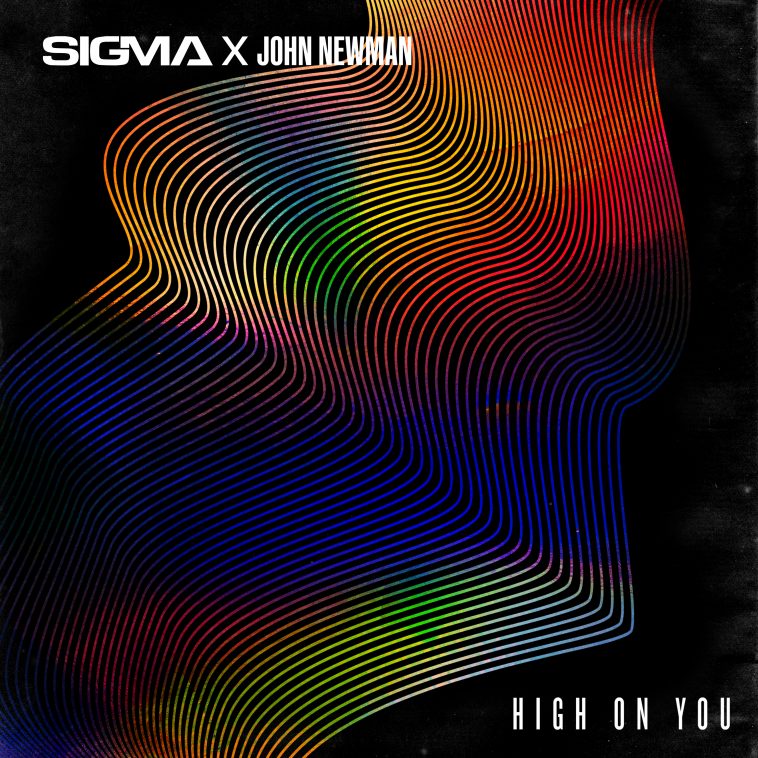 Drum and bass duo Sigma are bringing the summer vibes on their new single ‘High On You’, which features vocals from Yorkshire singer-songwriter John Newman.

From its classic house piano intro to its infectious melodies, ‘High On You’ has all the makings of a surefire hit. The euphoric track showcases Sigma’s trademark anthemic sound and is perfectly laced together by John’s distinct vocals. There’s no doubt that Sigma and John are blessing us with a much needed feel-good vibe with this track.

Speaking about the collaboration, Sigma – made up of Cam Edwards and Joe Lenzie – said, “‘High On You’ lyrically is about relationships, love, meeting someone that gives you that high feeling. Just being around that particular person lifts your mood no matter what the circumstances. It’s a feel-good tune, with a positive message behind it and a positive interpretation on love and relationship a.k.a it’s not a heartbreak ballad!”

They continue: “We’ve wanted to work with John for ages and we’re huge fans of his vocals and previous work, so was great to finally get the opportunity. We jumped in the studio, wrote a few songs and this came out as being an overall favourite.”

John added: “I’m so hyped about this summer anthem! ‘High On You’ is a song that praises the simplicities of my relationship with my wife. It’s another song from the deep dark depths of my heart. Always wanted to work with the Sigma guys as their productions excite the f**k out of me! Felt like the next step for me.”

Listen to ‘High On You’ below.

‘High On You’ follows on from Sigma’s previous release, ‘Rest of My Life’ featuring Shakka. The duo are best known for their number one singles ‘Nobody To Love’ and ‘Changing’ featuring Paloma Faith, as well as collaborations with Rita Ora, Birdy, Ella Henderson and Louisa.

The track also appears to be a little ‘see you later’ gift from John, who recently announced that he was pausing his solo music career. In a heartfelt statement on social media, he revealed why he’s decided to take a breather, as well as why he’s parted ways with his long term label Island Records/Universal and his management Closer Artists.

John said: “I have decided to pause my career to be able to discover the better side of me that is still there despite feeling such depression due to my work. My drive will always exist, my persistence and perseverance to achieve and succeed and to re build.”

He added, “It pulls a tear to say goodbye to this era and the music and memories I say goodbye to with it but the future is key and I believe I can always deliver better. Throughout the year I will deliver some of the most incredible collaborations I have produced however for now I am to reconsider what my solo music career is and will be.”

‘High On You’ is available to download and stream now.

What do you think of Sigma and John Newman’s collaboration? Let us know on Twitter @CelebMix