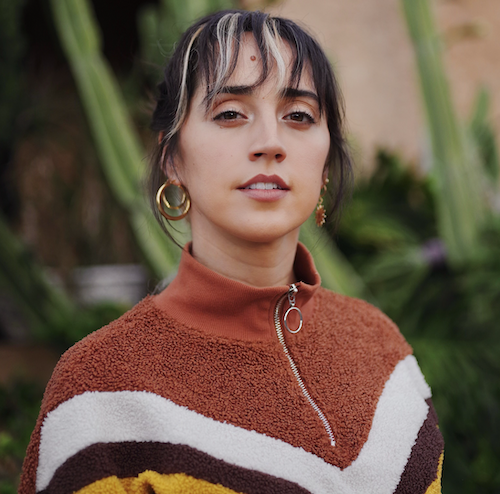 Singer-songwriter Tess Henley shared her new single “Good For Me.” Henley, in the role of singer, songwriter, and producer, invites us into the lush soundscape of her upcoming project Paramount with this reflective new track.

In “Good For Me,” Henley weighs the pros and cons of a toxic relationship, struggling against her own feelings to do what is ultimately best for her. She delivers another classically soulful track infused with an infectious hook and resonant production.

Tess Henley’s latest single is full of catchy sequences that keep the balance between the pop and r&b elements. Her unique voice allows her to shine in every verse as the Kent, Washington native artist has already mastered the art of using her voice perfectly.

As the press release notes, the track’s honest songwriting is elevated by organic production, done by Henley with the help of Jesse Boykins III (Jessie J, Calvin Harris) and Wynne Bennett (Janelle Monae, Grimes & Twin Shadow). “Good For Me” is rooted in the nostalgic tones of Henley’s 80’s mini Casio keyboard and an easy-moving beat. The mellow chords are rounded out by synth and, upon a closer listen, the familiar sound of birds chirping. Henley revealed, “The birds in the background got picked up in one of the [voice] memos. The simplicity of that moment seemed fitting, so they made their way into the final version.” Her true-to-self identity as a singer, songwriter, and producer, shines through in this release.

Singer, songwriter & producer, Tess Henley, began classical piano training at age three, and by age five was dissecting harmonies that even her mother – a singer by trade – found difficult.

In 2014, the Kent, Washington, native was selected from over 10,000 songwriters as the winner of Guitar Center’s National Artist Discovery Program. As a result, Henley released her EP, Wonderland, and made her national television debut on Jimmy Kimmel Live in 2015.

Billboard describes her as a “classy brand of soulful R&B that could hold up in any era” while Clash Magazine says Henley “matches old school funk to a future-facing vision of what pop could be.”

After a four-year-hiatus, Tess Henley released her new self-produced EP, BETTER, available on all platforms today. “I took a hiatus because I needed change”, says Tess. “I wanted to give myself space to be creative and that takes time. I kinda pressed refresh in a lot of ways. Life and art are really interlaced for me, so it feels like a natural course of progression. Musically, I experimented more and broadened my perspectives in the creative process.” Executive produced by fellow creative Jesse Boykins III, the 5-track EP marks a new chapter in Tess’ musical journey and is the most compelling work of her career. Henley is an example of a naturally gifted artist who grows with every release. With that in mind, we should all be very excited about the future of music.

Let us know what you think of “Good For Me” by Tess Henley on @CelebMix!