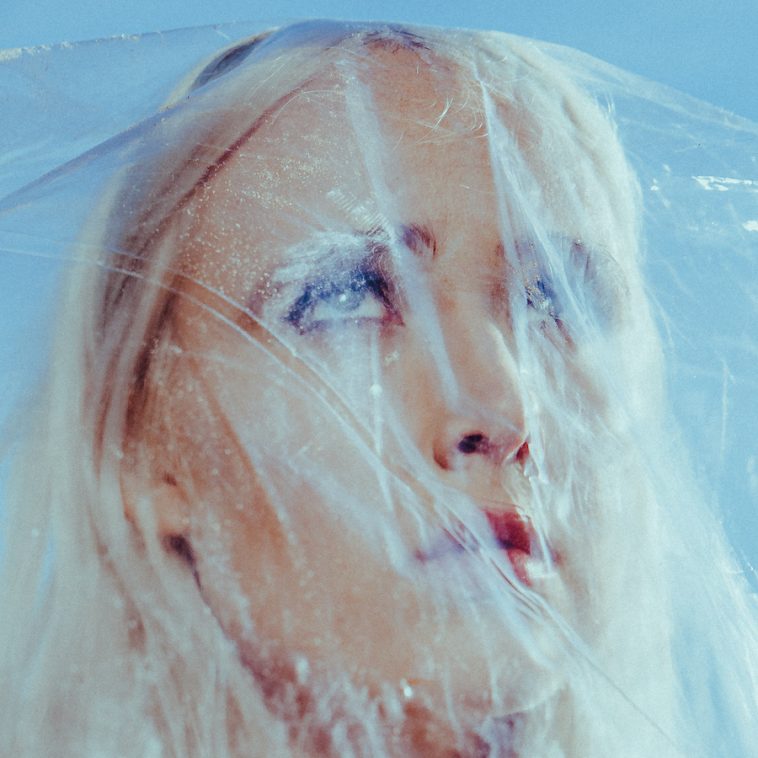 Skofee is a left-of-center pop artist who crafts intimate narratives rooted in personal experience and pairs them with vibrant beats and elements of nostalgia. “Quicksand” is her latest single, all about letting go of someone you love for the benefit of your own self.

Directed by Holy Smoke, the music video for “Quicksand” captures Skofee as she wanders through a series of surreal settings including a dried-up, hollow swimming pool, a green-lit plexiglass box, and at the center of a dark stage. Skofee interacts with bizarre characters at the bottom of the empty pool who wear business suits and have pastel-pink balloons for heads. She dances with these figures, caresses them, and even gets into fights with them as they are a symbol for the partner Skofee has built up in her imagination. “Quicksand” is all about choosing yourself in a relationship before getting dragged under. Skofee captures the intensity of deep devotion to an uncertain relationship through dramatic 90’s synths, and frantic beats that compliment Skofee’s iridescent vocals effortlessly.

Originally from Wichita, Kansas, Skofee first came to Los Angeles to attend USC and pursue a dynamic career in music. In 2021, producer Post Pop (Stefan Skarbek) who has worked alongside Lily Allen, Jamiroquai, and Amy Winehouse to name a few remixed Skofee’s single “Spiderman” which saw several months of airplay on KROQ-FM. Skofee has also collaborated with Grammy-nominee Cimo Fränkel on “Where Do You Hide Your Love” which has seen support from KCRW and Amazing Radio USA. “Quicksand” will be a part of Skofee’s upcoming Joyland EP.