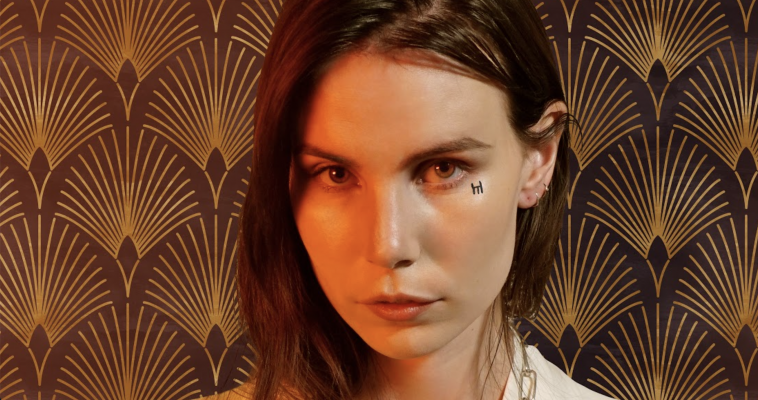 Skott is an artist and songwriter based in Sweden and Skott’s her last name. Well, in Swedish it has two dots over the “o”, but that’s where it comes from. “I grew up in a small village on a farm that’s been in the family for generations, so I feel quite connected to the roots here, and decided on simply using my family name,” Skott says to CelebMix at the top of our chat. “I make music, but I put a lot of love into my cover artwork as well, so hopefully people dig it.”

With that said, though, Skott has been spending most of her time in the studio, working on new music, and she cannot wait to get it out there. It’s been a busy year for her so far, despite a strange one and no live shows of course.

“I was actually inspired by seeing fans cover my songs in different ways,” Skott says on the release of her newest song. “So I asked them to help me pick which of my songs to make acoustic versions of, and this was one of their top picks. So it’s been pretty exciting to share this one with them especially, and to see their reactions.”

Skott‘s ‘Wolf‘ about the sound of heartache. A lonely call to someone, whether they can hear it or not, and refusing to give up. A broken heart can seem incredibly powerful at times, and I wanted to capture that.

“I started with the chords on a piano and got inspired from there,” Skott reveals on the initial creative process of her song. “I didn’t start the song out thinking “this is what I’m going to write about today”, so it’s a pretty organic process, and the song just come out the way it wants to.”

The process for every song can be different, but for this one I started with playing some chords on a piano, and they had a sort of melancholy feeling that gave birth to the song.

This is one of those heartbreaking songs about refusing to let go, and fighting for your love, and I think a lot of people can relate. And it shows as Skott is the type of artist that really enjoys when people make their own interpretation of a song, and that’s one of the things she loves so much about music in general, “So I’m happy if anyone connects to the feeling of the chords, or the lyrics, or imagines their own story in their head while listening,” Skott adds.

Skott has many favourites off the release of her new EP, but they’re always changing depending on her mood. “They are all different acoustic approaches to the original songs, and I think it’s fun to see them in a whole new light, with stripped-down instrumentals so the lyrics and vocals can take on new perspectives as well,” she says.

For the remainder of 2021, Skott still has a whole bunch of new stuff, she is so excited about! “I can’t give away too much yet,” she adds, “but I can say that I’m working on my second album, and there will be tons of new music coming out soon.”

Skott is mostly on Instagram as @skottpeace, so make sure to follow her there to see what she is up to or to say hi! “It’s the best way to keep up with my art and music,” Skott adds. “And I like to answer as many comments as I can, I have a lot of fun getting to know my fans. I’m also on Twitter with the same name.”