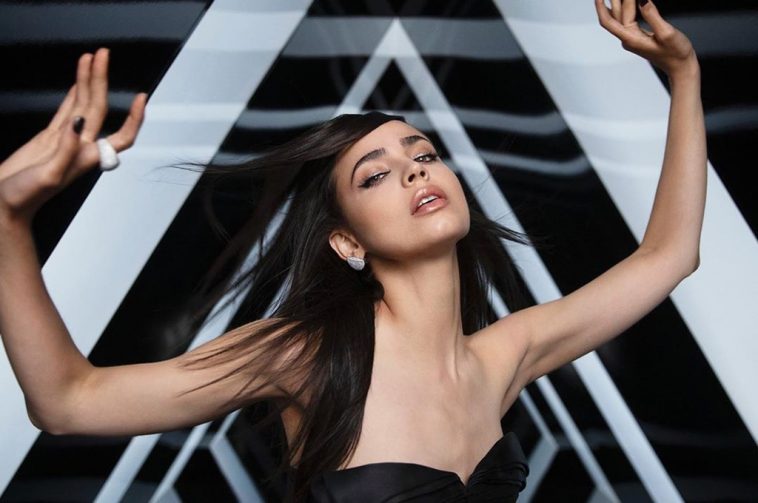 We have a brand new music video from Sofia Carson for her most-recently released single “Guess I’m A Liar”. The track was originally released on 16 October 2020, but the video itself was released a week later on 23 October 2020. The track follows up her collaboration with R3HAB on the single “Miss U More Than U Know“.

Sofia Carson is best known for playing the daughter of The Evil Queen, known as Evie, in the Disney Descendants franchise. She is also known for being in the 2016 television film Adventures In Babysitting and she also starred in the most recent film from the A Cinderella Story franchise, titled If The Shoe Fits. Last year, she was one of the leading cast members of the Pretty Little Liars spin-off The Perfectionists and was also cast as the lead role in the Netflix film, Feel The Beat. On the music side, she’s released a bunch of singles with her debut single being a cover of the Descendants song “Rotten To The Core”, her follow-up track – which was released both as a solo track and as a track featuring J Balvin – titled “Love Is The Name” charted well in Poland and the US Latin Pop charts. Many more singles have been released, with her collaboration with R3hab, titled “Rumors“, charting at number 10 in Poland, and her collaboration with Alan Walker and K-391 on “Different World” which featured CORSAK charting in a few countries. She’s apparently been working on an album for the past few years, but it may be a bit of a wait until it’s officially released. She’s also set to star alongside KJ Apa in the upcoming Michael Bay-produced film, Songbird.

According to Spotify, the song has been written by Caroline Ailin, Gian Stone, Jason Evigan, Sam Martin, and Simon Wilcox, whilst it has been produced by Jason Evigan and Gian Stone. The music video has been directed by the one and only, Hannah Lux Davis and produced by Brandon Bonfiglio & Aaron Johnson.

Watch The Music Video For “Guess I’m A Liar” By Sofia Carson Here:

The song is typical Sofia Carson, easily showcasing her beautiful vocals with an upbeat backing track and lyrics that she totally believes in to the extent where we can feel the meaning behind every single word. It’s one addicting track, that will empower every listener, making the track highly relatable. Sofia Carson is a total star and with a voice like hers, she’s bound to have a global hit on her hands soon!

This music video sees Sofia Carson vulnerable at the start as we watch a tear fall from her eye, but she soon wipes it away and shows her confident sassy self that links in great with the song. The pure performance visual shows how amazing Sofia Carson is and how she can own the spotlight, just like she does on stage. She bats out some engaging choreography which is bound to go viral on TikTok. Empowering throughout, you can really tell how much Sofia Carson believes in this song.

Talking on The Kelly Clarkson Show, Sofia Carson said of the song: “This story is a story of survival, it’s kind of what happens after your heart’s been shattered into a million pieces and you’re undeniably sure that you can’t live without him and then you wake up, one day, and you realise that you’re alive and you’re choosing to love yourself better than he ever did. So guess I was a liar when I said, ‘I couldn’t live without you’.”

“Guess I’m A Liar” by Sofia Carson is available to download and stream right now, via Hollywood Records. She also has a free live virtual performance coming up on 29 October 2020 at 3pm PT / 6pm ET, and tickets are available for free by visiting this official site.

What do you make of the music video to Sofia Carson’s “Guess I’m A Liar”? Let us know on Twitter @CelebMix.