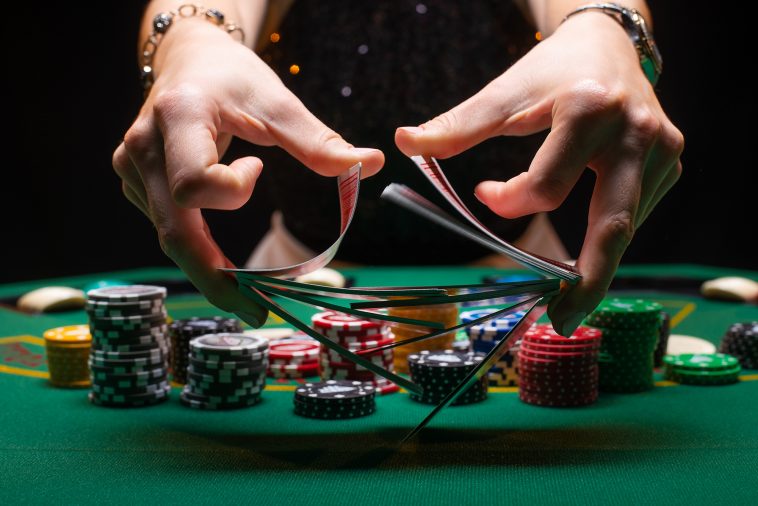 Celebrity Blackjack was a short-lived show that ran for two seasons from 2004 to 2005. Its premise was to set up a blackjack tournament where famous celebrities would be pitted against each other for the chance to win big for their chosen charity.

With a huge sum’s worth of tournament chips played for across 21 hands of blackjack, the show perfectly exemplified the intensity and excitement of one of the world’s favourite casino games.

With it being 15 years since it last aired, it’s worth taking a look at how a few of the nine celebrities who took part are doing since and if the show had any effect on the rest of their careers.

Caroline Rhea, who won the show’s debut season and came away with the $100,000 for her chosen charity, has had a successful career in TV and movies since her victory.

While her blackjack strategy is admirable, it was her comedic chops that she impressed with early in her career that got her a role in the cult classic movie ‘Christmas with the Kranks’ and later Disney Channel TV shows such as ‘Suite Life of Zack and Cody’ and voice work for ‘Phineas and Ferb’.

The year after she won Celebrity Blackjack, she also appeared on a similar style show entitled Celebrity Poker.

Famous ‘Seinfeld’ actor and comedian Jason Alexander was by far the most decorated individual that appeared on Celebrity Blackjack, with countless awards and nominations for his work under his belt.

It was all the more impressive when he ended up winning the show’s second season tournament, taking away $300,000 for his chosen charity.

Since his win, he’s made a name for himself on Broadway, appearing in a number of productions including ‘Fish in the Dark’. Alongside some minor roles in TV, Alexander climbed the ranks of the stage until he was appointed artistic director of Reprise Theatre Company in LA for six years until it disbanded in 2013.

Shannon Elizabeth came dead last in Celebrity Blackjack’s first season but still managed to come away with some money for a charity she founded herself, called Animal Avengers.

Elizabeth was one of the few who appeared on the show whose career would go on to be heavily involved in professional betting going forward. From 2006 to 2010, she competed in 12 major poker tournaments.

Since then, she’s dedicated her life to supporting the very charity she appeared on Celebrity Blackjack for, one that dedicates itself to finding new homes for abandoned pets.

William Baldwin, one of the four famous Baldwin brothers, stepped in to replace his own wife after she pulled out of the first season’s tournament.

Since his appearance, he’s been in a great number of projects – from starring in hit films such as ‘Forgetting Sarah Marshall’ to reoccurring roles in TV shows like ‘Gossip Girl’. Today, Baldwin produces and stars in Northern Rescue, a Canadian TV show where he’s a search and rescue commander.