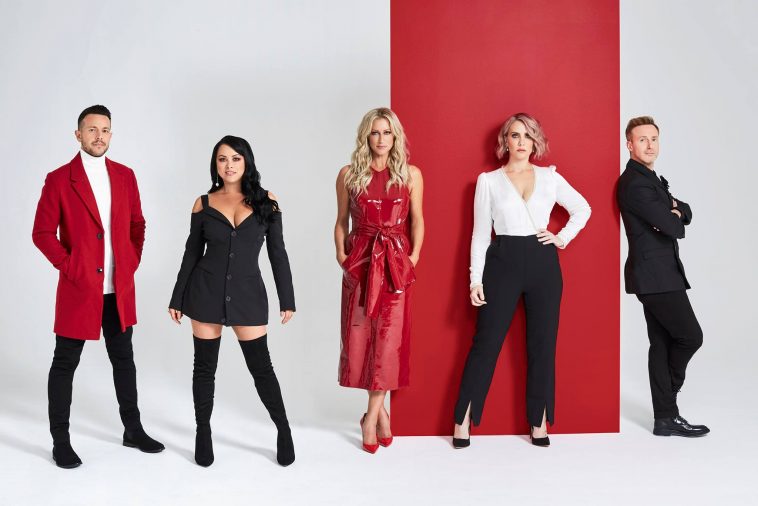 With just over a week to go until the release of their hotly anticipated new album What The Future Holds Pt. 2, pop megastars Steps have announced #STEPTEMBER – a month of daily surprises including competitions to meet the band, new music, exclusive videos and live virtual chats.

Commenting on their action-packed month ahead, Ian ‘H’ Watkins says: “As we gear up towards our arena tour, we wanted to do something extra special for our amazing fans. In true over-the-top Steps style, we thought, why not take over ALL OF SEPTEMBER and turn it into #STEPTEMBER??”

Fresh from her starring role in Jonathan Church’s critically acclaimed production of Singin’ in the Rain at Sadler’s Well in London, fellow band member Faye Tozer adds: “We have something BIG planned every single day for the entire month.”

Lisa Scott-Lee continues: “It’s been so much planning ALL sorts of brilliant surprises for you all.” Whilst Claire Richards teases: “Competitions, new music, exclusive videos, live chats and some chances to hang out with us… it’s all to come!”

Rounding off the groups joint statement, new Dad, Lee Latchford-Evans exclaims: “Stay tuned every day for what we know is going to be a brilliant month!”

As well as the announcement of #STEPTEMBER, the band have also recently announced their involvement in the third series of BBC Three’s hit show RuPaul’s Drag Race UK, where the quintet will be sharing their advice and expertise with this year’s queens!

Steps – Take Me For A Ride (Official Music Video)

Scheduled to hit both stores and streaming services, Friday September 10th, Steps brand new album What The Future Holds Pt. 2, spans 15 tracks and includes 10 brand-new unheard songs along with special stripped-back acoustic versions of previous singles as well as the revamped single mix of Heartbreak In This City, featuring RuPaul’s Drag Race star Michelle Visage, along with previous single releases The Slightest Touch and Take Me For A Ride, which is flying high in the air play chart, and recently entered the Top 20 of the most played tracks in the country!

Available to buy in CD (both standard and deluxe versions), vinyl, cassette and on digital formats. Additional to the five other formats, the CD will also be available in a stunning rainbow laminate, exclusive to HMV.

To celebrate the records release Claire, Lisa, H, Lee and Faye will hit the road this autumn to play 18 headline arena shows across the UK including two dates at London’s The O2 and will be joined by the brilliant Sophie Ellis-Bextor as a special guest.?

Tickets for shows are available for purchase now at aegpresents.co.uk/steps.

What The Future Holds Pt. 2 is available for pre-order here.

How will you be celebrating #STEPTEMBER? Let us know over on Twitter @CelebMix now!