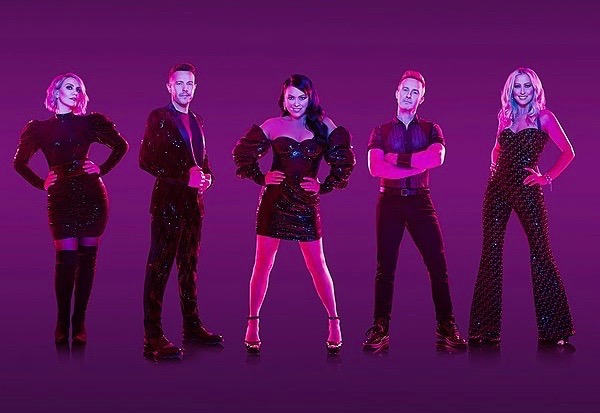 When news broke last week, that pop giants Steps were to team up with Drag Race judge Michelle Visage to record an extra special version of their track Heartbreak In This City, the internet went into meltdown, with fans of both performers losing their minds at the idea of hearing their two idols singing together on one, anthemic record!

7 days later, and following the songs premiere first play on BBC Radio 2 this morning (February 25th), the track is officially out to download and stream now! Take a listen below:

Serving as the fourth single to be taken from their #2 charting album, What The Future Holds, the fresh take on the disco inspired track sees Visage show fans exactly what she’s capable of, as a truly gifted and versatile vocalist – with her soaring ad libs, fierce delivery and sassy attitude pulling major focus throughout!

Speaking of her joy at appearing on the song Michelle says: “To say that I’m honoured to record a song with pop icons STEPS is the understatement of the year. With the state of the world today, we all need music that makes us feel good and trust me when I tell you, Heartbreak In This City is an absolute BOP! After years of dreaming about it, for at least a moment in time, I can officially be ‘Michelle from Steps’!”

What The Future Holds 2021 UK Tour

To celebrate the phenomenal success of their 6th studio album What The Future Holds – which was certified Silver within the first month of its release, and was the most downloaded album in the UK over the Christmas period – Steps head out on their 10th headline tour this November, playing 18 arena shows across the UK including two dates at London’s The O2 with support from the queen of the kitchen disco, Sophie Ellis-Bextor!

Heartbreak In This City featuring Michelle Visage is available to download / stream now.

Let us know your thoughts on Steps & Michelle Visage’s new duet over on Twitter @CelebMix now!